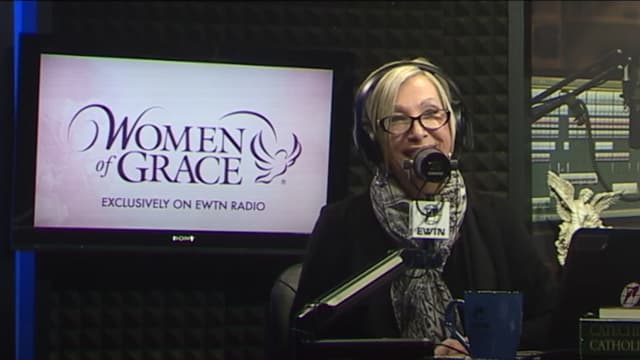 Encore from Dec 11 2018- On a more somber WOMEN OF GRACE host, Johnnette Williams speaks to people who have spouses or relatives who have depression and have turned to suicide. Caller Angela first asked for prayer as she has had to put her depressed husband in a hospital for his mental state. Johnnette suggested she turn to St. Joseph for prayers for him. Kathleen then called to offer advice as her husband when through this as well and he committed suicide after release. She suggested not leaving him alone. Caller Donna also had a husband who killed himself and she feels guilty that she did not see it coming after his depression. Johnnette says we are not to live in a world of “what ifs”. Do not question if you did this. Ask for healing from God. Leonard rounded up the callers as his wife also failed at suicide but succeeded after she came home. He wonders if he was too cold to her and feels guilt. Listen to Johnnette’s advice on WOMEN OF GRACE.