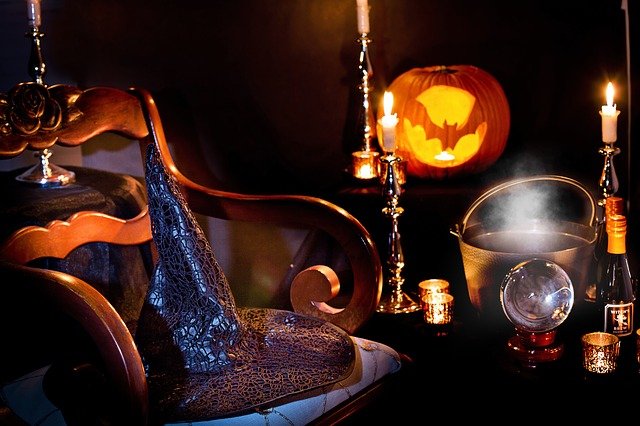 For those who were not brought up in an authentically Catholic cultural environment, Halloween can easily take on the character of a death festival.

Death for the sake of death - what is the merit in that? I would not advise trying to imagine what is going through the minds of people who litter their yards with body parts and ghoulish demon ghost things.

Halloween, remember, is a sacred Feast - a Solemnity and a Holy Day of Obligation, the first day in an Octave dedicated to remembering the faithful departed.

Halloween, from "All Hallow's Eve," of the Vigil of All Saints Day, is a sacred day, a day, therefore, to celebrate Jesus Christ and His victory, which He shared with the souls of the great men and women who, in the life of the Church, achieved immense holiness and merited Heaven.

All Saints Day, and everything about it, is oriented toward holiness.

The macabre, not the devilish.

While there is a genuine place for the macabre ("depictions of death and its gruesomeness") in the Catholic Faith, the macabre should not devolve into a pure depiction of evil and hell. Churches, for example, are filled with depictions of the death of Christ, presenting, front and center, Our Lord Jesus crucified on the Cross. Even the stained-glass windows and the Stations of the Cross bring reminders of the suffering and brutality which the world has inflicted upon the Lord and His followers.

It is customary, at Halloween, to depict and to dress up like the Saints, and many of them were brutally murdered. Walking around in a costume depicting a headless man carrying his own head, while frightening, is also a historical depiction of the final moments in the life of St. Denis of Paris, who was martyred in 258.

Also, walking around as a monk with a cleaver embedded in your forehead, while frightening, honors the witness that St. Boniface gave to Our Lord as he embraced martyrdom in his effort to convert the pagans of Frisia. Likewise, dressing as a man pierced by many arrows honors the witness and eventual martyrdom of St. Sebastian in Rome.

Corruption by the devilish.

It may be the case for others, as it was for me, that their childhood understanding of Halloween was not Catholic. As many readers may already know, I was a depressed and teased kid who identified himself as an outcast, and whose birthday was the day before Halloween. The result of these was that I was very much inclined to the dark culture celebrated during what I call "secular Halloween." 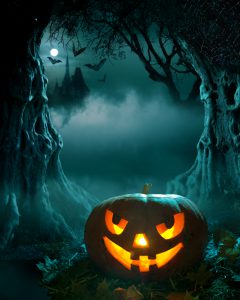 Each year, I looked forward to that day, when wandering about at night, in an atmosphere of mystery and evil, was permitted and celebrated by the culture. I looked forward to watching scary movies, horror movies, and movies about dark mysterious realities. My birthday seemed to validate my embrace of the occultic side of Halloween, which was all I ever saw that day, each year, in my youth.

However, this situation created a rotten and evil momentum in my life, which contributed to a devastating dive into depression and anxiety in early college. At this lowest of low points which a person can reach in life, I experienced a profound and semi-miraculous intervention from Our Lord which converted me almost right then and there.

As time went by, the timing of my birthday had the opposite meaning for me. Instead of celebrating the mysterious evil of a secular Halloween, I saw that my birthday was right next to a tremendous celebration of holiness and Heaven. This new identification of the significance of my birthday, in view of the real meaning of Halloween, aided my understanding that God had a plan of goodness for my life.

So, be wary of being enticed by the mysterious evil in this world, which, today, seems to reach a fever pitch at Halloween.

Avoid being curious about evil, but celebrate the holiness that has conquered it.

Avoid be curious about haunted houses, for the evil that may have taken an interest in that dwelling will surely begin to take an interest in you as well.

Avoid dabbling in mysterious occultic things like séances and Ouija boards. These things pose real dangers. Exorcists have told many stories about having to clean up the messes that resulted from dabbling in these practices, many of which are detailed in my book, Slaying Dragons. Further, take a look at this article that I wrote last year entitled, “The World is Doing It’s Best to Get Possessed.”

There are people in this world who do not fear the diabolical but, instead, enjoy its manifestations. The demons will play that game for a little while, too - but only for a little while. The idea of a "friendly ghost" is a farce and a deception. Remember the "Demon of Brownsville Road" story? That demon, which infested their home, and destroyed their lives, was first taken for a "Casper" style spirit. Not so.

Even in Harry Potter, as J.K. Rowling says in this video, "The school he goes to is seriously haunted and a quite dangerous place but it’s a lot of fun."

• Research the traditions of the Church regarding this sacred time of the year. • Dress up like Saints. • Go to the Vigil Mass. • Exchange soul cakes. • Have a bonfire. • Have a feast! • Remember the Saints in Heaven and invoke them. • Remember the souls in Purgatory and pray for them. • Remember the souls in Hell and share the stories that will remind people of the gravity of sin and the chance of eternal damnation. • Visit a cemetery to pray for the faithful departed and to ponder your own mortality. • Have Masses offered for the departed souls in your family. • Go to Confession. • Renounce the evils of your past life and any to which you still have an attachment.

Don't let this sacred time become a time of fixation on evil. Instead, make it a time where your mind and heart are lifted up from this earth to contemplate the battle for eternal life. 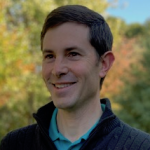 Charles Fraune lives in the Diocese of Charlotte, NC with his wife and three children. He teaches theology at a Catholic High School and is the author of several books, including the internationally-acclaimed spiritual warfare book, Slaying Dragons: What Exorcists See & What We Should Know.