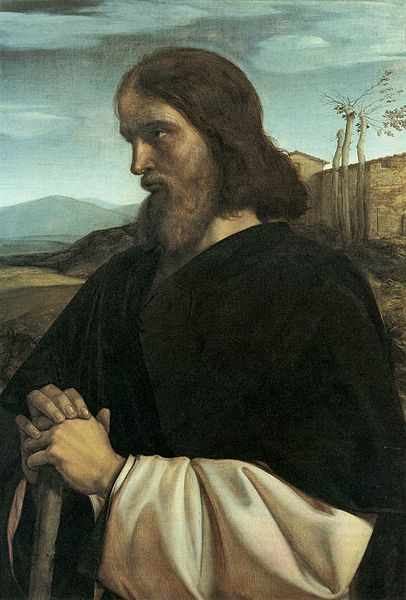 Sometimes, when it is most needed, the Holy Spirit inspires a new book just brimming with the capacity to effect great positive change, not only in the Catholic world, but even more important, in the world at large. The recently released Consecration to St. Joseph: The Wonders of Our Spiritual Father, by Father Donald Calloway, MIC, is just such a book. In circulation only since January 2020, it has produced a ripple effect for good, much needed for this troubled time in our Church and our world.

The lofty goal of this comprehensive volume appears even before the title page, with this opening quote: “Devotion to St. Joseph is one of the choicest graces that God can give to a soul, for it is tantamount to revealing the entire treasury of our Lord’s graces. When God wishes to raise a soul to greater heights, he unites it to St. Joseph by giving it a strong love for the good saint.”

Saint Peter Julian Eymard, author of the quote, joins numerous illustrious St. Joseph devotees – saints, popes, and mystics – cited in this extensively-researched work. The book is designed to lead the faithful along a 33-day path culminating in solemn consecration to Saint Joseph. In this, as in its emphasis on daily prayer, it is modeled after the preparation program outlined centuries ago by Saint Louis de Montfort for Consecration to Jesus through Mary.

Father Calloway explains: “Total Consecration to St. Joseph means you make a formal act of filial entrustment to your spiritual father so that he can take care of your spiritual well-being and lead you to God” (p. 5).

It is totally appropriate for those who have already consecrated themselves to Jesus through Mary to undertake the Saint Joseph Consecration as well, and the spiritual benefits are incalculable. As Father Calloway suggests, “Membership in the family of Nazareth – accepting St. Joseph as your father, Mary as your mother, and Jesus as your brother – is the surest, easiest, and quickest way of becoming a member of the Trinitarian family in heaven” (p. 24).

Father Calloway has organized his work into ten headings, termed “Wonders,” that give the reader “a fuller picture of who St. Joseph is and why you should deeply love him” (p. 8). This is accomplished by an in-depth look at each invocation of the traditional Litany of Saint Joseph prayer provided through daily readings. An example follows.

Even a cursory study of the life of Joseph of Nazareth would reveal uncertainty as to his age when he and Mary were married. Illustrating the Litany invocation “Spouse of the Mother of God” (Day 11), the reading for that day appears in Wonder 3 – “Young Husband of Mary.” While Saint Joseph quite often appears in statuary and other works of art as gray-haired and elderly, this portrayal is contradicted beautifully in the assigned daily reading, which includes a lengthy quote from Venerable Fulton J. Sheen’s book entitled The World’s First Love: Mary, Mother of God, as in this brief excerpt: “He [Saint Joseph] was not in the evening of life, but in its morning, bubbling over with energy, strength, and controlled passion” (quoted on p. 117).

This is just one small section of the tapestry woven by Father Calloway to fashion a detailed representation of the man chosen by God from all men as husband to Mary and foster father to Jesus. Each of the readings contributes another “section,” so that we are left with a familiarity with Saint Joseph, in all his saintly humanity, bringing the completed tapestry to life in a very real way.

In addition to the daily readings, there is a very important prayer component to the preparation process, also based upon the Litany of Saint Joseph. The Litany, provided in English and in Latin, begins the collection of prayers to Saint Joseph, including a number of variations on the Prayer of Consecration from which the reader can choose, for use at the conclusion of the preparation and going forward.

This volume appeals to the reader on many different levels. Additional sections include instructions for completing the 33-day preparation in a group setting, with accompanying discussion questions; a list of churches and shrines dedicated to Saint Joseph in the U. S. and other countries; and an art section featuring Saint Joseph in works commissioned by Father Calloway especially for this book.

Throughout his writing, Father Calloway stresses the importance of Saint Joseph as the perfect intercessor for us at this particular time in history, citing our need for his paternal guidance and powerful intercessions for strengthening marriages and families and re-evangelizing the world.

It is obvious that this work quickly struck a chord in the hearts of many members of the laity and clergy as well. Father Calloway’s Order reports that the bishops of seven U. S. dioceses already have declared a “Year of Saint Joseph” for the faithful whose spiritual welfare is entrusted to their care. The likelihood that this number will continue to increase steadily is well within the realm of possibility as the message continues to spread.

Father Calloway has provided a book with a broad base of appeal to men and women of faith. Those who already enjoy a devotion to Saint Joseph will see their devotion deepened with a renewed appreciation for all that he represents. For those just getting to know him, much will be discovered to emulate in this introduction into the life of the humble, powerful carpenter of Nazareth, so dear to Jesus, his foster son, and Mary, his spouse.

As one who has been privileged to have this blessed intercessor as part of my life for many years, I end with a heartfelt sentiment: Happy Father’s Day to the greatest earthly father ever, Saint Joseph!