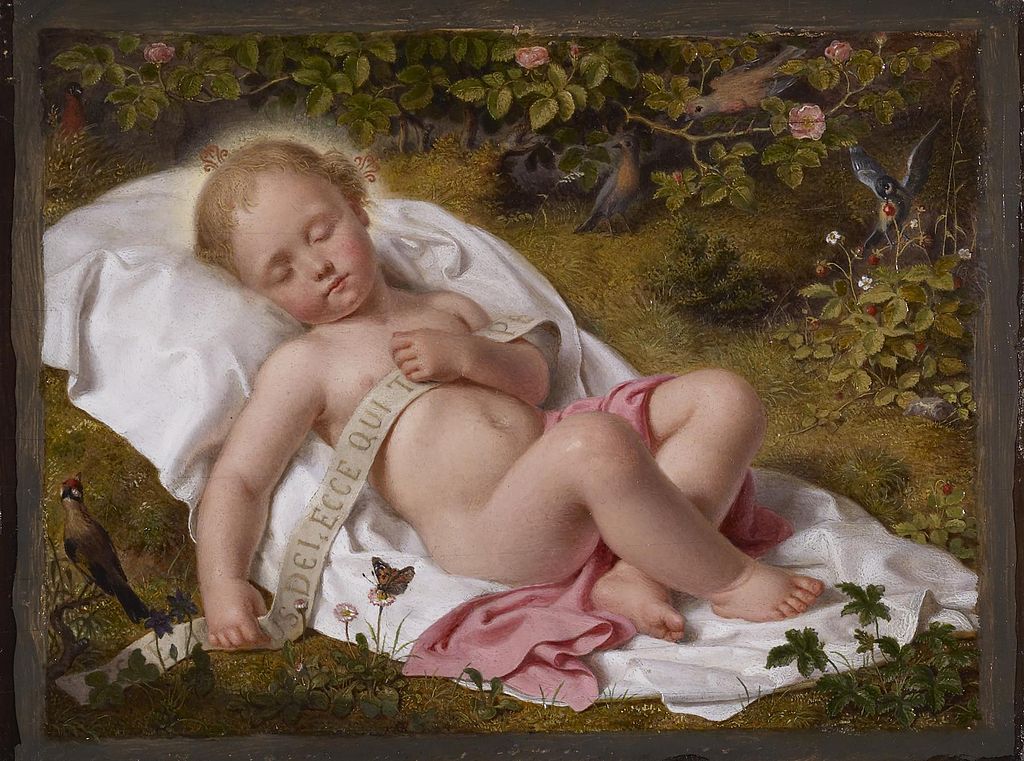 Soon we will celebrate Christmas, the day on which the fulfillment of the Incarnation of Jesus came to pass. By the Incarnation is meant that the second Person of the Blessed Trinity, the Son of God, while maintaining His divine nature, took on a human nature and human flesh in a sublime act of love, being born of the Virgin Mary. This profound mystery has been studied for centuries by the greatest theological minds, yet it also struck awe into the heart of one of the humblest of God’s creatures, Saint Francis of Assisi (1182 – 1226).

Biographers of the minimally educated “little poor man” of Assisi stress the fact that he spent countless hours on his knees, separate and apart in remote locations, in deep contemplation and communication with his Lord. In his humility, he was led to a profound understanding of the depths of divine love – a love which manifested itself in the arrival on earth of God in the form of a tiny, helpless infant, born in abject poverty and destined to a life which would leave Him hated, maligned, persecuted, and with “no place to lie his head” (Lk 9:58).

For Francis, this represented the very personification of love – so far above the love of creatures for wealth, possessions, power, even for other creatures. This love was all-encompassing, compassionate, unconditional. Meditating on the reality of the Incarnation and its meaning brought Francis to spiritual heights and to the realization that this mystery was not only to be contemplated through prayer but also was to be lived out in every aspect of his life. By gospel living, he was to bring the Incarnation of Jesus to life with everyone he encountered.

So consumed with love for this incomparable gift of the Incarnation was Francis that in 1223, he arranged for a re-enactment of the events of the first Christmas at Greccio, a small Italian village. Holy Mass by torchlight anticipated the arrival of the Infant Jesus in a setting highly reminiscent of the original Bethlehem scene, complete with live animals and hay-lined crib. Francis, in deacon’s vestments and with a voice overcome with emotion, chanted the Gospel account and preached a sermon emphasizing the stark poverty and overarching humility that characterized the arrival on earth of God-become-man.

Pope Francis visited Greccio in December of 2019, as he issued his Apostolic Letter Admirabile Signum (On the Meaning and Importance of the Nativity Scene). The Holy Father wrote: “In a particular way, from the time of its Franciscan origins, the nativity scene has invited us to ‘feel’ and ‘touch’ the poverty that God’s Son took upon himself in the Incarnation. Implicitly, it summons us to follow him along the path of humility, poverty, and self-denial that leads from the manger of Bethlehem to the cross. It asks us to meet him and serve him by showing mercy to those of our brothers and sisters in greatest need.”

Focusing on these aspects of the Incarnation, we recall that Saint Francis of Assisi experienced the reality of its inherent graces in living out his life in imitation of Jesus, and he desired the same for his followers. That life, echoing the foundational themes of humility, gospel poverty, and compassionate outreach, resonates across eight centuries in the words of Pope Francis to us today as these elements of Franciscan spirituality continue to inspire people across the world.

In her book, Franciscan Prayer, Ilia Delio, OSF, expresses Saint Francis’ spiritual aspiration in the following quote: “[Franciscan prayer] …. begins and ends with the Incarnation. It begins with encountering the God of overflowing love in the person of Jesus Christ and ends with embodying that love in one’s own life, becoming a new Incarnation …. To live the gospel life is to proclaim by one’s life the Good News of God among us and thus to make Jesus Christ live anew …. Incarnation is what all of creation is about because it is the Word of God made flesh.”

At this anticipatory time of year, let’s plan to take a purposeful break from our never-ending list of holiday tasks and spend a few quiet moments before the Nativity display set up in our own homes, imagining the holy scene where Saint Francis preached so long ago. In that brief stretch of time we can emulate him, joining the beloved figures of Mary and Joseph contemplating the awesome reality of the unfolding drama – the Incarnation of God-become-man, Jesus Christ. We can conclude our contemplation with a prayer that, like Saint Francis of Assisi, we will strive to “proclaim by [our] life the Good News of God among us and thus to make Jesus Christ live anew.”