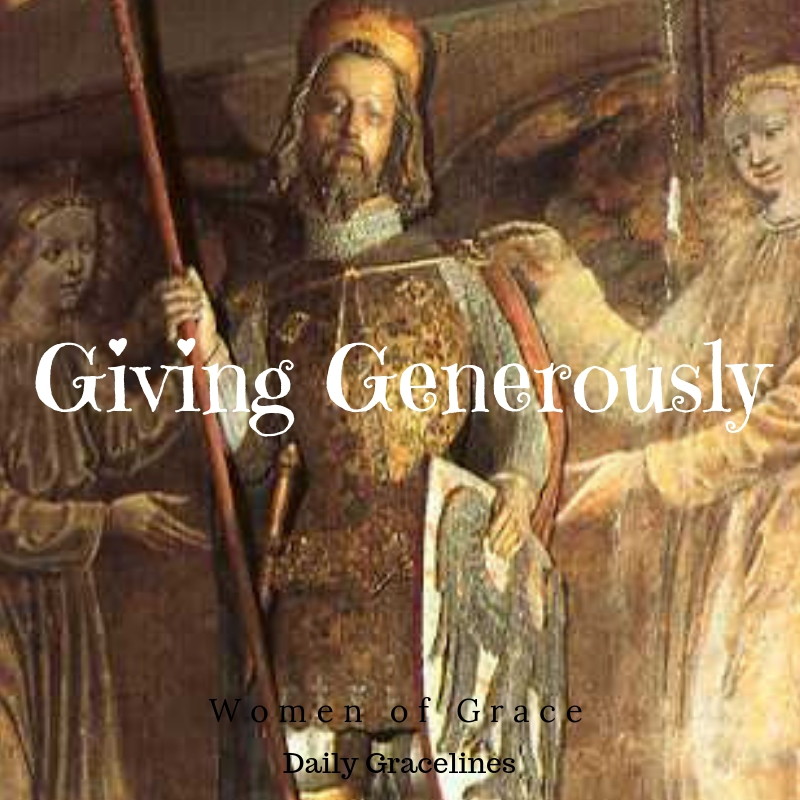 September 28
"But his deeds I think you know better than I could tell you; for, as is read in his Passion, no one doubts that, rising every night from his noble bed, with bare feet and only one chamberlain, he went around to God’s churches and gave alms generously to widows, orphans, those in prison and afflicted by every difficulty, so much so that he was considered, not a prince, but the father of all the wretched."
-Cosmas of Prague
Today's Reflection:
Do you give generously?  Would anyone consider you a father, or mother, of "the wretched"?
St. Wenceslaus, pray for us!
www.womenofgrace.com