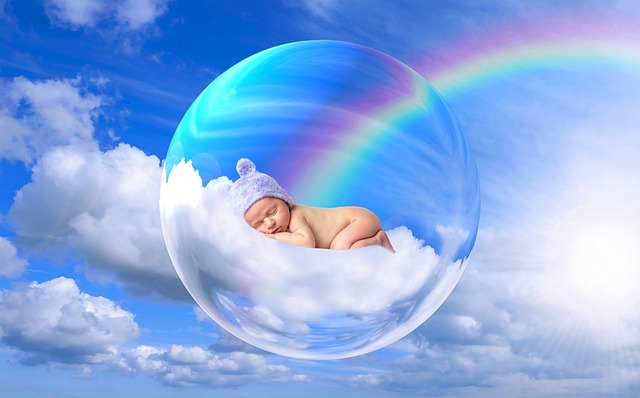 Each year the March for Life board and staff choose a theme that will best contribute to building a culture of life; and as they do so, they take into account cultural norms and current events to help make their message resonate with Americans. This year, March for Life leadership wanted to draw attention to the fact that science and technology continue to reveal the humanity and life of an unborn person even in its very earliest stages. That’s why the 2019 March for Life theme is “Unique From Day One: Pro-life Is Pro-Science.”

In 2008, President Obama was famously asked, “When does life begin?” He dodged the question by joking that was “above my pay grade.” While this response conveniently gives cover when advocating policies that are destructive of life in its earliest stages, the answer isn’t difficult. An organism is alive when it meets four criteria: metabolism, reaction to stimuli, growth and reproduction.

The zygote, the first cell formed at the moment of conception, is the earliest developmental stage of the human embryo. It is undeniably human in that it is composed of human DNA and totally different from any other human that has ever existed. DNA is present, whether it’s 23 pairs of chromosomes or 22. The fingerprint that each of us has – distinguishing us from any other human on the planet -- is determined by that DNA on day one.

Fetal development in its simplicity and depth is astonishing. Only three weeks after fertilization, a little one’s heart starts beating. At eight weeks of pregnancy the baby has started moving around (even though Mom can’t feel this quite yet). By the 10th week of pregnancy, a baby’s fingers and toes are forming. By 13 weeks, right at the end of the first trimester, the baby has fingerprints. If the baby is female, she already has more than 2 million eggs!

During the second trimester, organs including kidneys begin to work, and expectant parents might even see their little one sucking his thumb on an ultrasound. At 19 weeks of development a baby’s senses are developing and she or he can likely recognize Mom’s voice at this stage.

One hundred years ago our understanding of embryonic development was very different from what it is now. Medical advancements continue to reaffirm the science behind the pro-life cause – that life begins when egg meets sperm and a new, unique, human embryo is created. Moreover, breakthroughs in science and ultrasound technology have provided a window into the womb allowing us to witness firsthand the development of life.

Pro-life is pro-science, and science should always be at the service of life. Unfortunately, this is not always the case. Recently you might have read that the Department of Health and Human Services cancelled a contract related to acquisition of aborted fetal tissue between the Food and Drug Administration and an organization called Advanced Biosciences Research. ABR is a major supplier of aborted fetal tissue; the Trump administration’s ending of the contract was a very good thing. Unfortunately, millions of taxpayer dollars still flow to similar experimentations using human fetal tissue or human embryonic stem cells -- both of which rely on the destruction of human life.

To help counter this, Rep. Jim Banks (R-Ind.) and his co-sponsor Dan Lipinski (D-Ill.) introduced the Patients First Act – HR 2918 – which would prohibit tax dollars from going toward such needless destruction in the name of research. Instead, it would redirect federal support to alternative stem cell research, including the use of adult stem cells, which has proven to be much more successful in saving lives.

Science makes clear that human life -- and our uniqueness as individuals -- begins on day one, at fertilization. Life, in its most vulnerable form, should be protected, and we are grateful for HR 2918 and call on members of Congress to pass this and similar legislation preserving the dignity of the human person from its earliest moments.

It is for such reason that each January we march. We march to protect life in its earliest and most vulnerable stages, and we march to restore a vision of a world where the beauty, dignity, and uniqueness of every human life are valued and protected – from day one.

This article, written by Jeanne Mancini, President of the March for Life, originally appeared on Real Clear Politics. It is reprinted here with their kind permission.