By Susan Brinkmann, OCDS Staff Journalist The American Civil Liberties Union (ACLU) is attempting to force a school district in the Missouri Ozarks to remove filtering software from school computers that restrict student access to homosexual and transgendered Web sites. 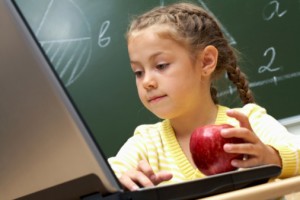 CNSNews.com is reporting that the ACLU is being rebuffed by the district which is refusing to give into their demands because doing so would expose grade- and high-school aged students to pornography, which is in direct violation of federal law. Tim Hadfield, superintendent of the Camdenton district, told CNS his schools use filtering software called URL Blacklist to block a host of offensive sites, including LGBT sites. He said the district does not want to comply with the ACLU's demands because to do so would allow children to peruse sexually explicit sites which could also get the district into legal trouble. “There’s an act called the Children’s Internet Protection Act that we also must follow, too, and by turning one of our filters off, there was a concern from our IT department that we could have possible violations of that act, and so, we erred on the side of caution. And that was the rationale for our decision,” Hadfield said. The Children's Internet Protection Act (CIPA) requires that, as a condition for receiving federal funding, schools and libraries must use Internet filters and implement other measures to protect children Kindergarten-age through 12th grade from harmful online content. The measure was signed into law in 2000 and the Supreme Court upheld its constitutionality in 2003 when it was challenged by the American Library Association. The ACLU claims it filed suit against the Camdenton district claiming that they are blocking the sites because they don't agree with the LGBT viewpoint. They are demanding that the district either unblock the sexuality filter or obtain other filtering software that is “content neutral” and does not “discriminate” against what school children can access. “School districts cannot use filtering software that discriminates against Web sites based on their viewpoint,” said Joshua Block, a staff attorney with the ACLU’s LGBT Project. However, the Alliance Defense Fund (ADF), a conservative religious liberties legal group, says the ACLU’s legal reasoning is all wrong. “School districts not only have a right, but also an obligation to protect our children from pornography, and they certainly shouldn’t cave in to the ACLU’s demands that they allow this inappropriate access,” ADF Senior Counsel David Cortman told CNS. Cortman said the ADF had sent a letter to the Camdenton district - and several other school districts that the ACLU is threatening with similar legal action - informing them that there is no legal basis for the ACLU lawsuits. “It is also our opinion legally that the school district has a right to control the access that students have to the Internet in addition to whatever’s involved in their curriculum,” Cortman said. They are advising the district to stand firm, saying that the Supreme Court has only held that there cannot be content and viewpoint restrictions when it comes to private speech, which is not the case in this instance. Second, when it comes to library materials, the Court ruled that schools cannot have an "impermissable political motive" for restricting access to books. But in this case, their motives are not political; they are restricting the material because it is sexually inappropriate, which they are permitted to do. Third, the ACLU does not have any legal standing to bring the suit. "It is our opinion that the plaintiffs in the case don’t have any legal injury, or standing to bring the lawsuit in the first place,” Cortman said. “The reason for that is the plaintiffs in the case are local groups and there is absolutely no law that supports or allows a local group to demand that its Web site is given access from the school’s Internet. So there is simply no First Amendment claim at all.” Superintendent Hadfield told CNS that school district attorneys are currently in the process of “determining what the next course of action will be.” © All Rights Reserved, Living His Life Abundantly®/Women of Grace®  http://www.womenofgrace.com