By Susan Brinkmann, OCDS Staff Journalist The promotion of the homosexual agenda in the nation's schools is set to get a big push by the American Civil Liberties Union (ACLU) which has launched a new campaign aimed at suing schools that use filters to block access to lesbian, gay, bisexual and transgendered Web content by their students. 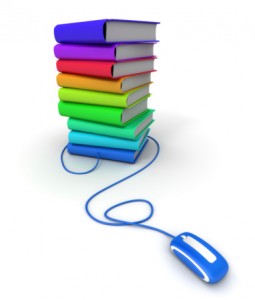 According to a Feb. 15 press release from the ACLU, they have entered into a partnership with  Yale Law School to launch the “Don’t Filter Me” campaign which is designed to "assess censorship of web content in public high schools." The campaign asks students to check to see if web content geared toward the LGBT communities is being blocked by their schools’ web browsers. “Students may not realize that it actually is illegal for their schools to block educational and political content geared toward the LGBT community,” said Joshua Block, staff attorney with the ACLU LGBT Project. “With this initiative, we hope to inform students of their rights, and let them know there is something they can do if their school is engaging in censorship.” The ACLU claims that programs that block all LGBT content violate First Amendment rights to free speech, as well as the Equal Access Act, which requires equal access to school resources for all extracurricular clubs, including gay-straight alliances and LGBT support groups. "Some schools have improperly configured their web filters to block access to websites for LGBT rights organizations such as the GSA Network and the Gay, Lesbian and Straight Education Network, but allow access to sites that condemn homosexuality or urge LGBT people to try to change their sexual orientation, such as People Can Change," the ACLU states. "Some schools have also improperly configured their web filters to block news items pertaining to issues like 'Don’t Ask, Don’t Tell' and deny access to support groups that could be vital for troubled LGBT youth who either don’t have access to the Internet at home, or do not feel safe accessing such information on their home computers. “Schools harm students by denying them vital information,” Block says. “Schools not only have a legal duty to allow students access to these sites, it is also imperative that LGBT youth who are experiencing discrimination and bullying be able to access this information for their own safety.” Aside from getting student input, the program will also seek to access school records on web filtering policies. © All Rights Reserved, Living His Life Abundantly®/Women of Grace®  http://www.womenofgrace.com