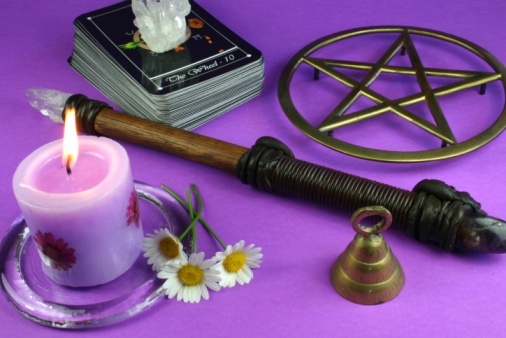 A former witch who got hooked on the occult during her teen years is warning parents not to let their children watch Disney’s new Owl House cartoon because it portrays witchcraft as a positive tool to fight evil.

Hollywood News Daily is reporting on the warning given by Jenny Weaver of Jenny Weaver Worships, a former practicing Wiccan, lesbian, and drug addict who has given her life over to Christ. Weaver says she believes the new Disney show may influence children into becoming involved in the demonic culture.

The Owl House is based on the story of a teen girl named Luz who wants to become a witch. She befriends a powerful sorceress who agrees to teach her the craft. A seemingly “friendly” demon named King helps Luz to achieve her dream.

Even though some parents scoff at the idea that a “make believe” show could influence children in this way, Weaver knows otherwise.

Having been raised in a dysfunctional family, she was battling depression at the time, and the movie seemed to be offering her a way out.

“I remember hearing these voices, ‘Just kill yourself. Just go away. It would be better off if you would just die.’ And so, I started to cut my wrists severely. I remember having 56 cuts all up and down my arms. It was a way in my mind that I was able to escape,” explained Weaver.

She went on to become a practicing witch, but her life was far from glamorous. At the time, she was smoking methamphetamines and sleeping in people’s sheds.

Things finally got so bad that one day she cried out at the top of her lungs, “God help me!”

Weaver gave her life to Christ and is now a wife and homeschooling mother who is best known for “singing the scriptures” on Facebook every week.

“[The demonic hold that was over my life is] why I tell parents when I minister, it’s not a joke when we say be careful what your children are watching,” Weaver said.

She knows from experience that the demonic realm is very real, and is hoping that by speaking out about the dangers of Disney’s new show and how it could influence children, she may be able to spare others from traveling down the same dark path that nearly led to her ruin.

Click here to join a petition demanding the cancellation of this cartoon.