Just what we need - another weird reality show from Discovery's TLC that promotes "irregular" lifestyles. First it was Sister Wives which tries to portray polygamy (which is illegal in the U.S.) in a positive light, now it's an eight-week series that peaks into the life of a Long Island woman who claims she can talk to the dead. 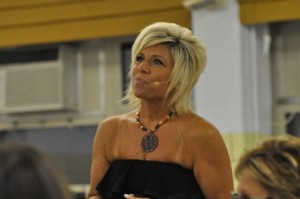