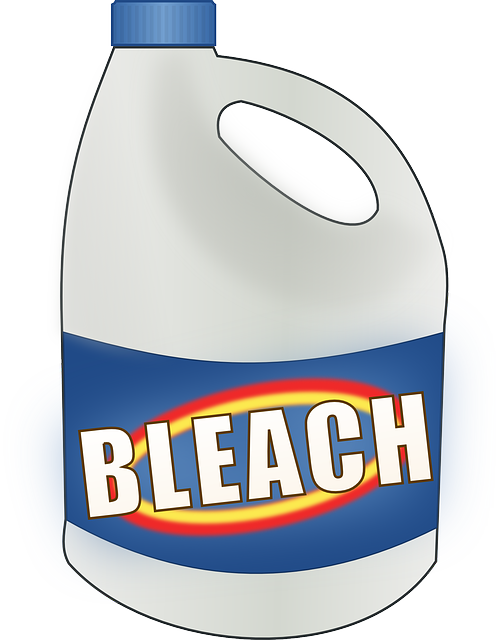 Yes, you read that headline correctly. Believe it or not, a church claiming to exist for the purpose of serving mankind claims to have discovered a “miracle cure” capable of curing 95 percent of all diseases found in the world today. What is this miraculous substance? None other than industrial bleach.

According to the Guardian, the Genesis II Church of Health and Healing, led by a man named James Humble, held an event on Saturday at a hotel resort at the Icicle Village Resort in Leavenworth, Washington. Attendees were taught how to consume a concoction of bleach which they claim “could save your life, or the life of a loved one sent home to die.”

Known as MMS, or “miracle mineral solution or supplement,” it consists of chlorine dioxide which is a powerful industrial bleach used on textiles and the industrial treatment of water. This chemical has not been approved for human consumption in the U.S. and for good reason – it’s as dangerous as it sounds.

In 2010, the US Food and Drug Administration (FDA) issued a public warning notifying people of the many injuries associated with drinking MMS such as nausea, vomiting, diarrhea, severe dehydration and one person who had a life-threatening reaction.

In one case, a man claims his wife of five years died after drinking the bleach even though this has never been substantiated in court.

According to this report found on the Cult Education Network, Doug and Sylvia Nash were in the process of sailing around the world when they stopped in the Vanuatu islands in August, 2009. Sylvia wanted to take precautions against malaria and fellow travelers on one of the islands sold her MMS. She drank it, thinking it was a valid medicine.

Within 15 minutes, she began to experience symptoms of diarrhea, nausea, vomiting, all symptoms that proponents of the MMS said were an indication that the drug was working. Still thinking everything was fine, the couple did not seek help. It was only until hours later, when Sylvia became so sick that he realized she had been poisoned and needed professional medical help. But by then it was too late. Sylvia lost consciousness and eventually died in his arms.

When help arrived, people attempted CPR and a nurse gave her a shot of what Doug believes was adrenaline, but nothing happened. The nurse could only look at him sadly and say, “There’s no point. She’s gone.”

In just 24 hours, his wife had gone from being full of life and dancing with the local kids to laying dead in his arms.

An autopsy was performed on her body and although a “concentration solution of sodium chlorite” was found in her system, doctors said her cause of death was “unascertained.”

But Doug is convinced that MMS killed his wife and tracked down the bottles his wife had purchased to a corporation in Carson City, Nevada known as Project Greenlife. He filed a report with the FDA in 2011 but authorities were already on to Project Greenlife’s manager Louis Daniel Smith and his nefarious dealings. Smith was indicted in 2013 on a number of accounts related to conspiracy to get rich by “marketing [a] toxic chemical as a miracle cure," according to the Department of Justice. He was eventually convicted and sentenced to four years in prison.

Although Smith was not charged with Sylvia’s death, the judge did refer to the fact that MMS may have contributed to “the death of at least one individual.”

In spite of this troubling history and the FDA’s advice that any consumers who have MMS “should stop using it immediately and throw it away,” the concoction is still making its way into the hands of people desperate for a cure.

Mark Grenon, a self-appointed “bishop” of the Genesis II Church who was the headliner for the Leavenworth event, has a video on the church’s website in which he calls MMS “sacramental cleansing water” and claims it can eliminate 95 percent of the world’s diseases including ebola, HIV, cancer, multiple sclerosis, malaria, and many others. A four ounce bottle sells for $15 and comes with instructions on how to mix it with citric acid to make chlorine dioxide.

Fiona O’Leary, a campaigner against pseudoscience whose work helped to get MMS banned in Ireland told the Guardian she was horrified that the Genesis II Church, which she refers to as a “bleach cult” was hosting this event in Washington.

“This event is endangering people’s lives, especially children. We must protect vulnerable people from this dangerous quackery,” she said.

When the Guardian contacted the FDA for a comment, a spokesman refused to comment on any possible civil or criminal law enforcement actions and would only say that “The FDA continues to advise consumers about the dangers of Miracle Mineral Solution and the agency has issued warnings to consumers over the past decade.”

This site lists dozens of news articles about the dangers of MMS and efforts by various world governments to get it out of the hands of the unsuspecting public.