By Susan Brinkmann, OCDS Staff Journalist In a documentary meant to glorify euthanasia, Britain's BBC2 is planning to air a show tonight in which a man is seen gasping, convulsing and pleading for water as he succumbs to a lethal dose of barbituates. 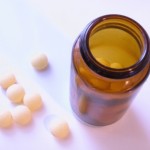 The Sun is reporting that the show, scheduled to air tonight, will show the death of millionaire hotelier Peter Smedley, 71, who was suffering from a motor neuron disease. Entitled, "Choosing to Die," Smedley is seen with his wife, Christine, 60, and an "escort" from the Dignitas clinic in Switzerland. Smedley swallows a lethal dose of the bartiburate Nembutal, which he "helps down" with a praline chocolate. He begins to gasp for air and within a minute, his face turns red and he chokes and pleads for water. The escort holds onto him as he begins to convulse on the sofa while Christine holds his hand. "He is losing consciousness, very soon the breathing will stop and then the heart," the escort says. After Peter dies, the escort tells Christine it's okay to cry. Meanwhile, as pipe music plays in the background, documentary author Sir Terry Pratchett, an Alzheimer sufferer who supports euthanasia, announces. "This has been a happy event. He died peacefully, more or less in the arms of his wife, quietly." The film is already drawing criticism. TV reporter Lucy Connolly said the "voice of reality" in the film was Pratchett's assistant who points out the lack of consideration for the families left behind by loved ones who chose to die two weeks before Christmas. " . . . (I)f the BBC wants to provoke debate it would surely be wise to include the impact on those left behind," she wrote. Geoff Morris, 58, who suffers from multiple sclerosis and is a member of Care Not Killing, accused the BBC of producing a "one-sided" program. "Snowfall, music, all it needed was angels to carry him away to the pearly gates," Morris told The Sun after seeing a preview. "It was biased and there was no argument against euthanasia." © All Rights Reserved, Living His Life Abundantly®/Women of Grace®  http://www.womenofgrace.com