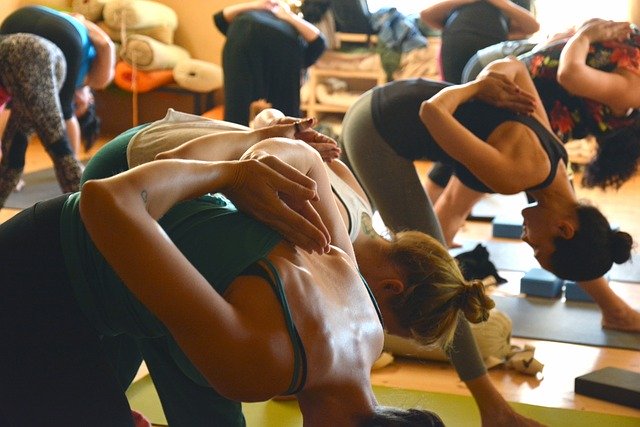 ST writes: "With all the new age classes;(yoga, tai chi, pilates), and martial arts;(tai chi, karate), taking place at the YMCA and any health club I've looked into, I avoid going to them even to ride a stationary bike or walk on the treadmill. People think I'm crazy, but I don't want to be in an environment that will put my soul in danger. That is most important. I was told by a priest that as long as I don't participate in these classes, that it would be OK to work out in these facilities. I'm not feeling that he is correct. What do you think?"

I would have to agree with the priest. Unless you are directly involved in these practices, you would not be harmed by them. This is especially true if you go to these gyms with the proper spiritual protection in place (being in a state of grace, praying for protection such as the St. Michael prayer, wearing your scapular or a blessed medal, etc.).

But this doesn’t mean the allowance of so many religion-based fitness programs in public gyms should be tolerated lightly. In this age of so-called “political correctness” that pretends to scorn any attempt to push personal beliefs on others, the hypocrisy of this movement could not be more obvious in how the YMCA and just about every gym on the block is shoving their religion-based fitness classes down our throats. If these programs were based in anything Christian, they'd be tripping over themselves to get the programs thrown out.

Instead, I visited the website of a local gym where a yoga instructor openly advertises his goal of leading students to samadhi, (in Hindu yoga this is the final stage of enlightenment when one reaches union with the “divine”). LA Fitness advertises their yoga classes as being “The ultimate class of focus and self-awareness”. Correct me if I’m wrong, but aren’t these supposed to be secular “exercise” classes? I don’t know about you, but I go to church for religion, not the gym.

These are just two examples of the dirty little double standard that exists in our society which must be confronted by Christians whenever possible. We must fight back through 1) prayer and 2) writing polite letters that turn the tables on these establishments and let them know how dissatisfied we are that their organization is foisting religion on people under the guise of health and fitness.

We might also point out that there is absolutely no reason to promote yoga, tai chi, pilates, etc. because there are many non-religion-based alternatives available. However, if an establishment insists on offering these programs (and they will because they're big sellers), they should at least provide full disclosure to participants by letting them know about their links to a religion.

Another option will be to stop patronizing these organizations - but be sure to let them know why you left. It might not seem like much, and it certainly won’t stop them from promoting these classes, but it will at least force them to swallow a bit of their own medicine.

If we have no right to "push our religion off on others" neither do they!