By Susan Brinkmann, OCDS Staff Journalist The new majority in the U. S. House is determined to leave no stone unturned in its investigation of some of the most divisive and controversial policies of President Obama's first two years in office. 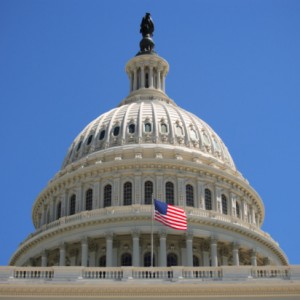 Bloomberg News is reporting that Rep. Darrell Issa (R-CA), the new chairman of the powerful House Committee on Oversight and Government Reform, has begun to expand his oversight committee to focus on several of the president's signature policies, such as the $814 billion economic stimulus plan that was loaded with bailouts and perks for special interest groups, the bank and auto bailout, and the contentious healthcare reform bill. Issa’s spokesman, Kurt Bardella, a spokesman for Issa, said the first committee hearings will be held by the end of the month and will focus on identifying and reforming waste, fraud and mismanagement within the federal bureaucracy. The news is not unexpected. During a recent appearance on Fox News, Issa called the Obama Administration corrupt, accusing the president of using trillions of dollars “to take care of pet projects and pet organizations,” including bailout funds to General Motors Co. and Chrysler Group LLC that the congressman said benefited labor unions. Even though the mostly pro-Obama mainstream media attacked him over the comments, he did not back down, nor he is expected to do so now that his investigations are free to get underway. "I do believe that the American people have changed the control of the House in no small part because they saw more regulation, more misspending than they ever dreamed possible," Issa recently told CNN, "and they need Republicans to be part of the balance to bring that back under control." Also on the agenda are investigations of a government program for helping homeowners avoid foreclosure, the role of Fannie Mae and Freddie Mac in the foreclosure crisis, the release of classified diplomatic cables by WikiLeaks and corruption in Afghanistan. © All Rights Reserved, Living His Life Abundantly®/Women of Grace®  http://www.womenofgrace.com