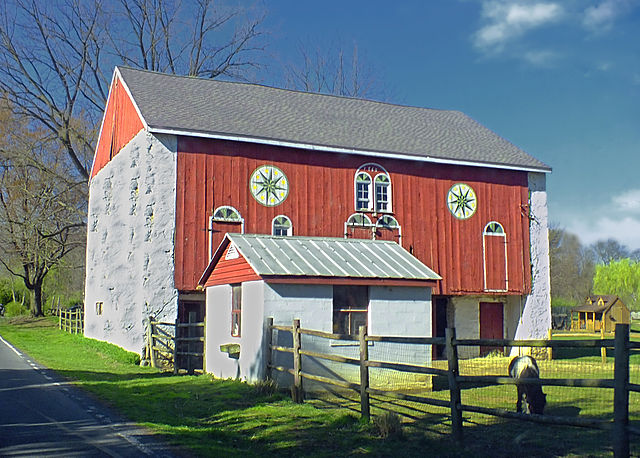 CA is correct. Although the Pennsylvania Dutch practice of pow-wowing is heralded as being based on the Bible, it has been referred to as witchcraft by many because of how intricately it is intermingled with magic and superstition. These dark roots did indeed result in a horrific murder that took place in 1925 which is believed to have been the result of the practice.

According to this article by Patti Wigington, pow-wowing is a combination of folk magic and natural healing remedies that originated in Pennsylvania among the people of German descent. Practitioners are referred to as pow wow doctors or hex doctors and have quite a following among the Pennsylvania Dutch, Amish, Mennonites, and members of the Lutheran and German reformed churches even to this day.

“This collection of rituals, charms, and traditional medicine was born in Europe, and came to Pennsylvania with early settlers during America's colonial period,” Wigington writes. 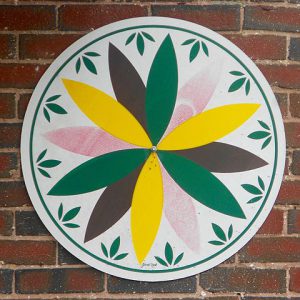 The Pennsylvania Dutch pow-wow is not the same as the Native American version. Although the word pow-wow is derived from the Algonquin word meaning healing ritual, the Native American pow wow is more of a social gathering meant to foster friendship. The Pennsylvania Dutch version is a kind of healing service which is based on the belief that “healing magic” comes from God which is why the practice is supposedly based on the bible. However, upon closer inspection, it’s easy to see that many of their remedies are nothing more than superstitions.

For example, to protect cattle, a farmer is advised to mix up a blend of wormwood, asafetida, and other herbs with soil from the stable and some salt. These ingredients are then placed in a fabric pouch and buried under the threshold of the barn where the cattle enter and exit, thus keeping them safe from theft and disease.

To treat a fever, people are advised to turn their shirt inside out for three mornings in a row while praying, “Turn thou, shirt, and fever likewise turn. I tell thee this in the name of God the Father, Son, and Holy Ghost.” After the third day, the fever should subside.

In the case of a fire, if no water is nearby, the person is instructed to write a series of words on the front and back of a plate, then throw the plate into the fire.

Other practices involve reciting a certain incantation before appearing before a judge to receive a favorable verdict or to breathe upon someone and recite the Our Father three times in order to step them from bleeding.

Much of this superstitious folklore was handed down by a German immigrant named Johann George Hohmann who wrote a book of incantations and prayers entitled, Long Lost Friend which he said should be used in times of sickness and distress. Hohmann went so far as to claim that anyone who carried the book on his person would be protected from mishap.

“Whoever carries this book with him, is safe from all his enemies, visible or invisible; and whoever has this book with him, cannot die without the holy corpse of Jesus Christ, nor be drowned in any water, burn up in any fire, nor can any unjust sentence be passed upon him. So Help Me,” Hohmann writes 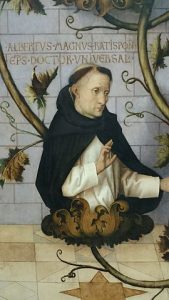 He claims that one of the sources for the prayers contained in his book is the Book of Albertus Magnus, otherwise known as St. Albert the Great (1200-1280), a Dominican friar and Doctor of the Church. St. Albert was an extraordinarily intelligent man who was well-versed in the natural sciences, philosophy, mathematics, astronomy, economics and theology. Unfortunately, this great man was frequently maligned with accusations of being an alchemist and practitioner of magic.

Another questionable source for Hohmann’s work is the “Sixth and Seventh Books of Moses,” which supposedly date back to the pre-Christian era which assert that Moses learned magic while he lived in the house of the Pharaoh. The claim is made that the Old Testament story of the Brazen Serpent is proof that Moses was skilled in the use of magic.

Hohmann’s book also contains many of the magic seals and engravings that are used to this day by practitioners of pow wow. Known today as “hex signs,” these bright colored symbols are usually posted on the sides of barns. The name may have originated from the German word for six, which is “sechs,” but may also have come from the German word “hexafoo” which means “witch’s foot.” There is some controversy among the Amish and Mennonites about these seals which they believe represent pagan superstition.

As for the murder that CA learned about in the movie, Hex Hollow, this occurred in 1928 when a man named John Blymire, who is referred to as a witch, believed himself to have been cursed by another practicing pow-wower named Nelson Reymeyer. Blymire, along with two teenaged accomplices, broke into Reymeyer’s home where they hoped to find a copy of the Hohmann’s book as proof.

According to the Gettysburg Times, they didn’t find the book, but they found Reymeyer, whom they killed and mutilated with the belief that this would lift the curse. The killers then tried to burn the house down to cover evidence of the crime but it didn’t burn all the way and the three were eventually convicted of the murder. The remains of the house still stands on the premises today and is believed to be haunted by many locals.

The bottom line is that the Pennsylvania Dutch Pow Wow might appear innocent on the surface because of its references to Scripture, but this is a mere cover for practices that are sourced in magic and superstition.