By Susan Brinkmann, OCDS Staff Journalist While reporting on an Ohio bill that would forbid abortions after a baby's heart has begun to beat, MSNBC guest host Cenk Uygur said if a fetus was able to speak, it would oppose restrictions on a woman's right to choose. 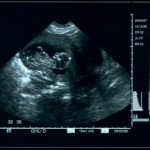 Newsbusters is reporting that Uygur made the comments this week while covering testimony of an Ohio bill that will feature a live ultra-sound in an effort to prove that a nine week-old fetus already has a beating heart. "By all accounts, the fetus will be the youngest ever to testify," Uygur said. "That's because he or she is not really testifying, because he or she is not really a person yet. In fact, at that point, we don't even know whether he or she is a he or she.  You know what else hasn't formed at that point?  Their mouth.  Making it a little hard to testify.  But goofball Republicans have wheeled in a woman, done an ultrasound, and listened to the heartbeat of the fetus in the womb." He continued: "If the bill is enacted, it would be the most restrictive abortion law in the country. Now, we reached out to the fetus to see if he or she wanted to come on the show, but it did not say anything, because it does not have a mouth. But if it could talk, I'm pretty sure it would say, could you please get out of my mother's uterus." Newsbusters' Mark Finkelstein called the comments "grotesque." "Not only does . . . Cenk know that a nine-week old is 'not really a person,' he also is 'pretty sure' that if it could speak, the baby would sound like . . . Eleanor Smeal.  Perhaps tomorrow night Uygur will explain why an unborn baby would not want to save itself." The Ohio Bill, also known as the "Heartbeat bill" was introduced in the Ohio legislature last month by State Rep. Lynn Wachtmann. Forty-two of the State House's 99 reps have already signed onto the bill. If passed, it would disallow all abortions past the point of a detectable heartbeat except for emergency medical situations. © All Rights Reserved, Living His Life Abundantly®/Women of Grace®  http://www.womenofgrace.com