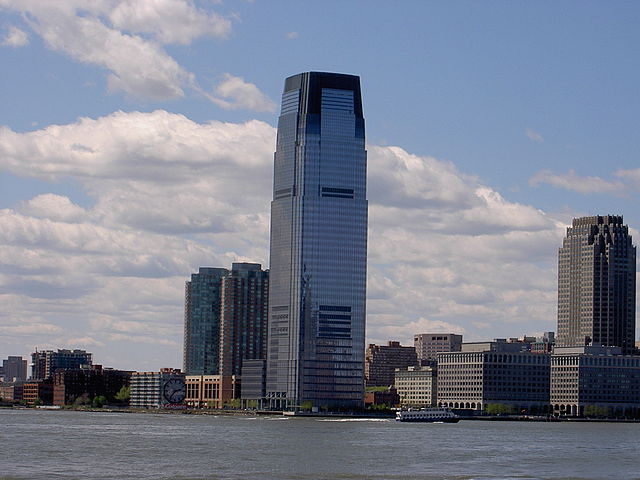 The skyline of Jersey City where multiple acts of desecration of Catholic churches have occurred in the past year.

The face of a statue of the Blessed Virgin Mary was found smeared with dog feces outside of a downtown Jersey City, NJ church. It was the fourth act of desecration to occur in the area in the past year.

NJ.com is reporting on the incident which occurred last week when parishioners arriving for the daily midday Mass at St. Michael Church on Ninth Street found the desecration. In addition to covering Our Lady’s face in feces, the vandal added a cigarette to the depraved scene.

“I was shocked, saddened and angry,” said Rev. Thomas Quinn, pastor of the parish. “Without a doubt it was the work of someone who is emotionally disturbed. Still, there was some degree of deliberation there.”

Because there are no security cameras on the property, he does not expect the vandal to be caught.

However, “If the person came forward, I would forgive them,” he said. “We would ask if there is something we could do for the person."

Shortly after being interviewed by police, the pastor got a ladder, some soap and water, put on a pair of gloves, and cleaned up the statue.

“When you get over the shock and anger, you must be merciful. I am praying for them."

A few days later, on September 16, a statue of St. Jude which stands outside St. Lucy Church in Jersey City was also vandalized. The beard of the saint and a portion of his sleeve was painted red.

Maria Margiotta, spokeswoman for the archdiocese, told NJ.com that “individuals from St. Lucy’s Homeless Shelter kindly volunteered to clean the statue and it has been restored.”

One person has been arrested in connection with the vandalism.

In February of this year, a dead Colombian red-tailed boa constrictor was found draped over a statue of the Virgin Mary that was standing outside the Brunswick Center, a building owned by Holy Rosary Church in Jersey City.

In March of 2018, at Our Lady of Victories parish in Jersey City, a stone tablet containing the 10 commandments, which may have been up to 200 years old, was found smashed on Holy Thursday.

A security camera video shows a man casually walking up the steps of the church where the tablet was mounted and pushing it over, sending it crashing to the pavement below where it shattered.

Police later arrested Juan Matos, 38, for the crime and charged him with criminal mischief and desecration of a venerated object which is punishable by up to six months in jail.

Rev. Victor Poloma said he was ready to forgive the man who did it.

"It's a sad thing, but there's nothing we can do, just pray for them," Poloma said. "They are God's children, too."