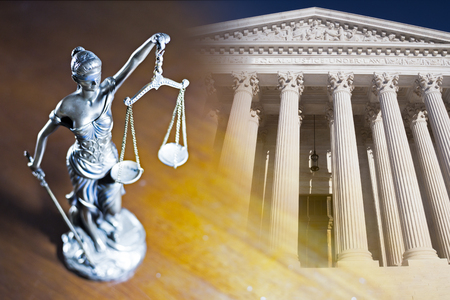 Two significant events occurred in the past week that signal not only a change in American opinion on abortion, but also the start of a genuine movement to overturn Roe v. Wade and bring abortion jurisprudence more in line with the Constitution and the sentiments of mainstream America.

According to a new poll, entitled the 2018 State of Theology survey, 52 percent of Americans said they believe abortion is a sin. Conducted by LifeWay Research for Ligonier Ministries, this response came from a demographically balanced online panel of 3,000 American adults.

These results show an increase in opposition to abortion in just the last two years. The same poll, conducted in 2016, found only 49 percent of those surveyed saying they believe abortion is a sin.

Regular churchgoers are even more emphatically opposed to abortion, with 79 percent saying that abortion is a sin.

“Pastors and local churches have played a big part in this by teaching about the sanctity of human life. Ultrasound images plainly show the humanity of the child in the womb, and they are provoking the consciences of Americans. Christians are playing a lead role in providing counsel and practical care for those in need."

He added: "For almost five decades now, abortion has been a central issue in the life of America. With a majority agreeing that abortion is a sin, we have a clear indication that many Americans want the state to restore protection to the unborn child. There would be considerable support for a Supreme Court decision reversing Roe v. Wade. There is clear support for protecting the life of the unborn, which explains overwhelming opposition to abortion on demand."

The release of these poll results comes on the heels of a unanimous ruling by the Alabama Supreme Court in the case of Jessie Phillips vs. State of Alabama. The case involved an appeal from a man who was convicted of killing his wife and unborn child. The man argued that he shouldn’t receive the death penalty because his 6-8 week pre-born child should not be considered a person under Alabama law.

However, as LifeSiteNews.com explains, Alabama enacted the “Brody Act” 12 years ago to protect pre-born babies “regardless of viability.”

“ . . . [W]e affirm once again that unborn children are persons with value and dignity equal to that of all persons," Parker wrote. "The Roe exception is the last remaining obstacle to the states' ability to protect the God-given respect and dignity of unborn human life. I urge the Supreme Court of the United States to reconsider the Roe exception and to overrule this constitutional aberration. Return the power to the states to fully protect the most vulnerable among us.”

He's not the only legal mind to call for the overturning of Roe. Some of the country’s most astute legal scholars have been warning for years that the landmark abortion case is standing on indefensible legal grounds and could easily be overturned.

Even Justice Ruth Bader Ginsburg admitted that Roe was bad law. “Roe, I believe, would have been more acceptable as a judicial decision if it had not gone beyond a ruling on the extreme statute before the court. … Heavy-handed judicial intervention was difficult to justify and appears to have provoked, not resolved, conflict.”

Edward Lazarus, who clerked for the author of the Roe ruling, Justice Harry Blackmum, says the law has serious problems.

"What, exactly, is the problem with Roe? The problem, I believe, is that it has little connection to the Constitutional right it purportedly interpreted,” Lazarus said. “A constitutional right to privacy broad enough to include abortion has no meaningful foundation in constitutional text, history, or precedent - at least, it does not if those sources are fairly described and reasonably faithfully followed."

He added: "[A]s a matter of constitutional interpretation, even most liberal jurisprudes — if you administer truth serum — will tell you it is basically indefensible."

Harvard Law School’s Laurence Tribe, who defended Al Gore in 2000, is of the same mind: “One of the most curious things about Roe is that, behind its own verbal smokescreen, the substantive judgment on which it rests is nowhere to be found," he said.

With the Supreme Court now leaning pro-life, and with 13 abortion-related cases heading toward the nation's highest court, it’s becoming increasingly likely that the landmark case may finally be on its way to extinction.