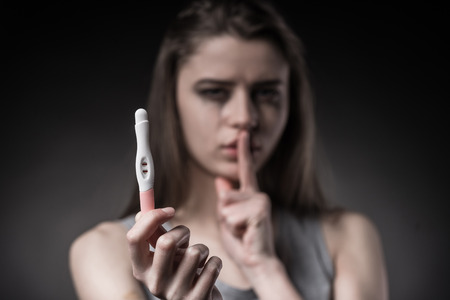 As if the controversial Netflix series, 13 Reasons Why, which focuses on teen suicide, sexual assault, rape and violence isn't bad enough, the show is now incorporating a pro-abortion subplot that whitewashes abortion and makes the pro-life movement look like a bunch of “crazies.”

The American Family Association (AFA) is reporting on the latest season of the damaging, teen-targeted series which debuted on August 23. In addition to a plot line that many health-care professionals believe could influence vulnerable teens toward suicide, the show is now introducing a story line that is an obvious attempt to influence teens on the subject of abortion.

The new season is a murder mystery about the homicide of a teenage serial rapist. In the second episode of Season 3, Chloe, a character who became pregnant by her boyfriend who is the show’s serial rapist, is shown seeking an abortion and having one. Chloe goes to what she thinks is an abortion clinic but soon realizes it’s a pregnancy center, after a counselor affectionately uses words such as “mother” and “baby.”

“The show frames the woman [counselor] as manipulative while she tells Chloe that the ‘ultrasound looks good’ and makes a point of showing [her] the sonogram,” reports Townhall. “But that’s only the beginning of the episode’s attempt to paint the pro-life movement as deceptive.” The episode even refers to pro-life advocates as “crazies.”

It also grossly distorts the tactics of sidewalk counselors. For example, as Chloe makes her way into an abortion clinic, a pro-life sidewalk counselor pretends to be a clinic escort and walks Chloe past the “crazies” who are praying on the sidewalk. Only when they reach the door of the clinic does the escort reveal that she’s one of the “crazies” and tells Chloe, “Killing is a sin. But it’s not too late. This is the moment where you decide the fate of two souls. Choose wisely, or you’ll regret this day until you die.” She then hands Chloe a model of a fetus with red blood drawn on it.

Sidewalk Advocates for Life, which trains thousands of volunteers to offer women alternatives to abortion at clinics, condemned the unrealistic portrayal of the vital work that these volunteers do outside of abortion clinics every day.

“While the episode accurately depicts many of the common emotions surrounding an unexpected pregnancy – issues thousands of real American women face every year unfortunately for Netflix viewers, the subplot so grossly and inaccurately mischaracterizs modern-day sidewalk advocacy and sidewalk counseling in front of an abortion facility, that it can only be understood as abortion propaganda,” the organization said in a statement.

“These situations and characters are propagandistic caricatures that in no way represent what takes place on the sidewalk as American women in need of support meet Sidewalk Advocates and prayer volunteers before they make a final decision – or inside the many pregnancy resource centers we are proud to refer to.”

Once inside the clinic, the abortion procedure is thoroughly whitewashed, referring to it as simply the removal of "uterine content" and depicting nothing more than the dull sound of the vacuum sucking the baby out of Chloe’s womb.

“We shouldn’t be shocked that the producers and writers of ‘13 Reasons Why’ are again attempting to poison teen minds with dark and disturbing story lines as they spread the pro-abortion, death-culture agenda that is central to liberal, progressive America to an impressionable, young generation,” said Tim Wildmon, president of AFA.

“Each season, 13 Reasons Why continues to push the envelope, so our call also continues to be clear: Netflix, drop this terrible series. If the streaming service won’t, even after repeated calls and concerns, parents and grandparents must be acutely aware of what our children and teens are watching. Be vigilant. The entertainment industry certainly isn’t committed to protecting our kids, so we must.”

Unfortunately, a fourth and final season of the series is already in production.

AFA invites parents, grandparents and other family members to learn more about 13 Reasons Why:

• Read the AFA Journal story about Season 1 and the impact it had on the family of Anna Bright, a 14-year-old who committed suicide after binge-watching “13 Reasons Why.”

• Watch the heartbreaking video about Anna.

• Read this blog from AFA’s The Stand for an overview of Season 2. The tragic effects of “13 Reasons Why” are very real.

• Sign the petition to Netflix and share it as a way to warn other friends, family and church members about the dangers of “13 Reasons Why.” Thus far, more than 155,000 have signed.

Give your teen daughter a message of hope and empowerment! Check out our Young Women of Grace program which helps girls discover their feminine genius and how to use it to change the world - one woman at a time!