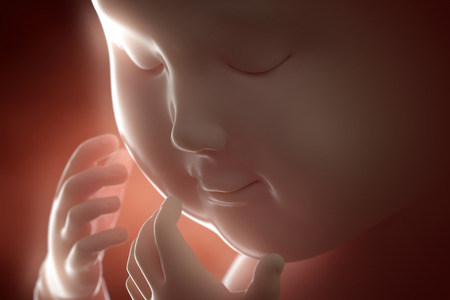 By a vote of 53-44, a bill to protect infants born alive after an abortion failed to pass with pro-abortion Democrats preventing the measure to receive the necessary 60 votes.

National Right to Life is reporting on the vote which took place last night that would have extended federal legal protection to babies who are born alive during an abortion.

“Today we saw the extremism of the abortion industry’s agenda on full display,” said Carol Tobias, president of National Right to Life. “The 44 members of the United States Senate who voted against this bill now need to explain to their constituents why they believe abortion is such an absolute ‘right’ that it protects what amounts to infanticide: willfully withholding life-saving care from a born-alive infant.”

According to the Daily Caller, Democratic presidential hopefuls Kamala Harris of California, Amy Klobuchar of Minnesota, Cory Booker of New Jersey, Sherrod Brown of Ohio, Kirsten Gillibrand of New York and Elizabeth Warren of Massachusetts all voted against the bill. Independent Vermont Sen. Bernie Sanders also voted against the measure.

Democratic Sens. Joe Manchin of West Virginia, Bob Casey of Pennsylvania, and Doug Jones of Alabama voted in favor of the bill. Republican Alaska Sen. Lisa Murkowski didn’t vote and Republican South Carolina Sen. Tim Scott was reportedly on his way to vote in favor of the measure.

President Donald Trump took to Twitter to denounce the vote: “Senate Democrats just voted against legislation to prevent the killing of newborn infant children. The Democrat position on abortion is now so extreme that they don’t mind executing babies AFTER birth. This will be remembered as one of the most shocking votes in the history of Congress. If there is one thing we should all agree on, it’s protecting the lives of innocent babies.”

Relying on typical talking points, Democratic Illinois Senator Tammy Duckworth tried to defend herself by describing the bill as an obvious effort “to bully doctors out of giving reproductive care,” and voted against it. When her comment was tweeted by National Review’s Alexandra DeSanctis, not a single commenter agreed.

Another wrote: “So much for the ‘party of the little guy’.”

“Hard to believe a mother said that,” another opined.

As pro-life Senator Marsha Blackburn wrote in an op-ed shortly after the vote, “It should have been an easy vote for every member of the Senate, but on Monday night, many Democrats demonstrated that their pro-choice stance also requires them to support infanticide. Sadly, Virginia Governor Ralph Northam’s recent comments advocating infanticide clearly framed the Democrats’ radical agenda. Their push to abort children reveals a hardened inner core that shocks the conscience.”

May God have mercy on this nation and especially on the innocent children who will die as a result of this vote.