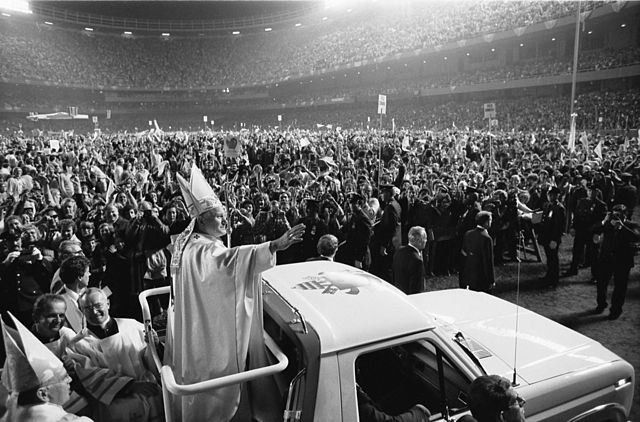 The Polish Bishops’ Conference has sent a request to Pope Francis, asking him to consider naming St. John Paul II a patron of Europe and doctor of the Church.

Zenit is reporting on the request which was sent by the president of the Polish Bishop’s Conference, Archbishop Stanislaw Gadecki of Poznan.

“The pontificate of the Pope from Poland was filled with groundbreaking decisions and significant events that changed the face of the papacy and influenced the course of European and world history,” he said.

Cardinal Stanislaw Dziwisz, former archbishop of Krakow and a close friend of John Paul II, strongly supported the request, saying that it was not a call to return to the past.

“The thought of John Paul II is in fact thoroughly modern, original and creative, whilst remaining nobly classical," the Cardinal said during his speech at the “Europa Christi” Movement Congress at the Cardinal Stefan Wyszyński University in Warsaw.

"This Wojtyła’s difficult balancing act between tradition and modernity has contributed a huge breath of fresh air to the life of the Church, and through it to the wider universal spaces of broadly understood culture, politics, and science. In this regard, the Holy Pope became a real teacher and Doctor of the Church and in it an important guardian of European values, which are the indelible foundation of modern civilization.”

In addition to being a great contemporary Doctor of the Church, the request also suggests that St. John Paul II be named a patron of Europe.

“In such difficult and complex times like ours, his intercession with God, which was so beautifully assured by Cardinal Ratzinger at the funeral homily, constitutes strong support to all the people of goodwill, and the legacy that he left behind in his writings is the full roadmap outlining good directions for our common journey towards a better world.”