To view the feast of Christmas through Franciscan eyes, we turn to the two saints who most embody that spirituality: its founder, Saint Francis of Assisi (1182 - 1226), and his beloved spiritual daughter, Saint Clare of Assisi (1193 - 1253). One of many hallmarks of Franciscan spirituality which they shared was a deep, intense love for the Incarnation of Jesus Christ, the Word made flesh, in the poverty of His birth. Both were gifted with evidence of this love in miraculous ways. 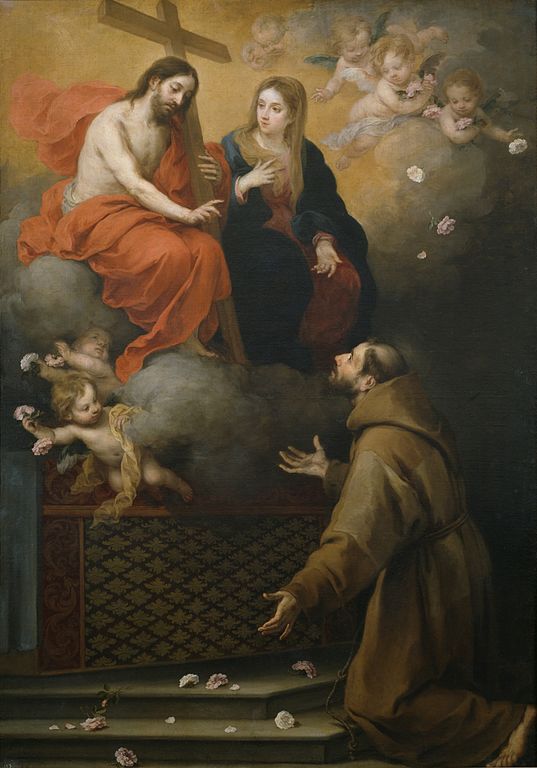 Painting of the vision of St. Francis in the Portiuncula - Bartolome Esteban Murello (1617-1682)

Legends abound surrounding the life and times of Francis, the saintly little poor man of Assisi (1182 – 1226): his affinity for all of nature, preaching to the birds, taming the ravenous wolf, recreating the Christmas crèche, receiving the sacred stigmata. What is not so well known is the role Saint Francis played in the bestowal of an amazing gift from a gracious God to His creatures.