AC asks: "What does the church teach about numerology?" 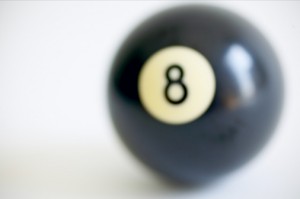 Numerology is defined as the use of numbers to interpret a person's character or to divine the future.  As such, it is strictly forbidden by the Church. "All forms of divination are to be rejected: recourse to Satan or demons, conjuring up the dead or other practices falsely supposed to “unveil” the future. Consulting horoscopes, astrology, palm reading, interpretation of omens and lots, the phenomena of clairvoyance, and recourse to mediums all conceal a desire for power over time, history, and, in the last analysis, other human beings, as well as a wish to conciliate hidden powers. They contradict the honor, respect, and loving fear that we owe to God alone." (No. 2116)   According to the Gale Encyclopedia of Occultism and Parapsychology, there are several different kinds of numerology that are used for divination purposes. Gemantria, from the Greek word geometria, assigns numbers to each letter in the Hebrew alphabet in order to reveal a deeper, alternative or hidden  meaning in the words. For instance, when Jacob tells his sons to "go down" to purchase grain in Egypt in Genesis 42:2, the words "go down" in Hebrew equal 210. This is interpreted to mean that Israel's sojourn will last 210 years. Modern numerology was developed by a fortune teller named Cheiro (Count Louis Hamon) who developed a system of what he called "fadic" numbers, which were arrived at by adding together all the digits in the subject's birth date to produce a "number of destiny" to which special planetary and other significance was then attached. Other systems of numerology assign numerical values to the letters of one's name and/or birthplace, with these totals believed to have special symbolic interpretations similar to those used by astrologers in defining individual characteristics and tendencies. There is some confusion among the faithful between the kind of numerology used for divination purposes with the symbolic meaning that some of the early Church fathers gave not only to certain numbers in themselves, but also of the numerical totals given by the constituent letters with which words were written. However, "Many passages from St. Chrysostom and other Fathers might be cited as  . . . showing the reluctance of the great Christian teachers of the early centuries to push this recognition of the mystical significance of numbers to extremes," writes Fr. Herbert Thurston, S.J. for the Catholic Encyclopedia. See Use of Numbers in the Church for a more thorough explanation. Send your New Age question to newage@womenofgrace.com