By Susan Brinkmann, OCDS Staff Journalist Only three days after going into effect, a controversial Medicare regulation that would have effectively reinstated the controversial "death panel" provision in ObamaCare, has been scrapped by the Administration. 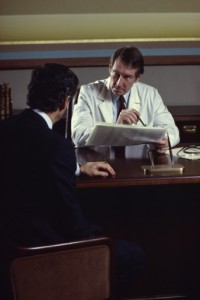 The New York Times is reporting that the regulation, which went into effect on Jan. 1, was abruptly dropped yesterday. Administration officials told the Times the reason for the decision was that the public did not have a chance to weigh in on the regulation. “We realize that this should have been included in the proposed rule, so more people could have commented on it specifically,” an unnamed administration official said. The most recent uproar over the provision began on Christmas Day when the Times reported on an attempt by the Obama Administration to covertly include the provision as a Medicare revision after it was dropped due to public outrage during the ObamaCare debates. The provision would reimburse doctors who give consultations to patients on end-of-life care as part of an annual wellness examination. Critics of the provision say providing incentives to doctors to provide this kind of counseling could be abused by some who might use it to pressure the disabled or elderly into refusing potentially life-saving treatment. Adding to the fury was the fact that the new regulation was inserted by Dr. Donald M. Berwick, administrator of the Centers for Medicare and Medicaid Services, whose controversial views in support of health care rationing are well known.   In an interview with the Catholic News Agency (CNA), Elizabeth Price Foley, a professor of law at Florida International University, said the kind of advanced directives that would be discussed in these counseling sessions are, in some states, slanted toward having patients refuse life-sustaining treatments. Making one's own directive requires hiring an attorney, which can be costly and could result in "forcing" the elderly or disabled to sign directives they don't really want.  “If we coerce seniors into executing advanced directives we may intentionally or unintentionally coerce some of them into signing documents in which they express a desire to decline life-sustaining care when that's not really what they want,” Foley said.  However, some Catholic experts told CNA that end-of-life planning can be consistent with Church teaching.  For instance, Richard Doerflinger, associate director of the Secretariat for Pro-Life Activities for the U.S. Catholic bishops' conference, said advance directives can be utilized in accord with Church teachings, noting that in “cases where the patient may become unconscious or unable to communicate, it can be helpful for that patient to put in writing what his or her general preferences are.” But he also stressed caution when approaching the issue, reminding that "Catholic teaching urges patients to accept life-sustaining treatment whose benefits outweigh the burdens, but there is much room for prudential decision making within that principle." Fr. Tadeusz Pacholczyk, director of education for the National Catholic Bioethics Center, agrees. He told CNA that patients “should never be offered immoral choices, such as euthanasia or assisted suicide, and end of life planning sessions should never become a fulcrum or pressure point to coerce individuals towards unethical treatment options.” End-of-life planning must be patient-centered, he said, and insure that reasonable treatments options are available and utilized, while unreasonable or unduly burdensome treatment options are avoided. “Generally speaking, end of life discussions are very important and need to be encouraged, but encouraged in the right way,” he said. © All Rights Reserved, Living His Life Abundantly®/Women of Grace®  http://www.womenofgrace.com