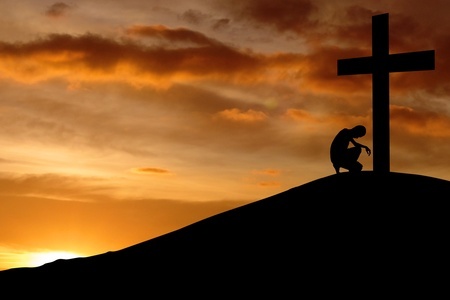 This year’s International Week of Prayer and Fasting (IWOPF) will take place from September 29 to October 7 and will gather Christians from around the world to pray and fast for the good of our church and our world.

The IWOPF is calling upon the faithful to join in nine days of prayer and fasting for our priests and our Church, for conversion of hearts and nations, to build a culture of life and defend the sanctity of marriage and family, and to implore God’s mercy. It’s a tall order, but people of all ages from around the world are rising to the challenge, especially because of the ongoing scandal of clergy sexual abuse in the Church.

Father Gary Thomas, exorcist for the Diocese of San Jose, California, who was portrayed in the movie, The Rite: The Making of a Modern Exorcist, said; “Catholics know that the devil seeks our destruction and is forever looking for openings to destroy God’s Church and harm souls . . . By sexually abusing children, Satan desires to destroy the icon of the kingdom of God. He wants to destroy the most innocent version of humanity, which is the child.”

In his opinion, the sexual abuse of the innocent is clearly demonic, and he is calling upon Catholics everywhere to pray and fast and to act wherever possible to root out evil.

There are a variety of ways for the faithful to participate in this effort. First, for those who are able, an Opening Day prayer vigil will be held from 9:00 a.m. until 4:30 p.m. on Saturday, September 29, 2018 at the Basilica in Washington, DC. The event is free but registration is required.

Those who cannot attend are being asked to make a “Prayer Pledge” to offer some form of prayer or sacrifice during these nine days. Pledges can consist of fasting from food, technology, dessert, salt, TV, or eating between meals. They can be an offering of Masses, Rosaries, Holy Hours, Chaplets of Divine Mercy, or performing spiritual and corporal works of Mercy. Other suggestions include refraining from all useless speech, accepting God’s will in the ups and downs of life without complaining, performing unpleasant tasks that we’ve been putting off.

In 2014, the IWOPF received the Apostolic Blessing from Pope Francis. St. John Paul II was also a supporter of this annual effort and gave two Apostolic Blessings to organizing entities and participants in the past.

In the words of Coalition chairperson, Maureen Flynn, “The current grave crisis in the Church and the world can only be fully remedied by Heaven’s spiritual weapons of the Holy Mass, Eucharistic Adoration, the Holy Rosary and Fasting. Our Lord, His Blessed Mother and the saints have told us that these spiritual weapons will destroy evil.”

She adds: “As the evil in our world is being exposed, we know that God’s light is shining in the darkness and that as Our Lady said at Fatima, ‘In the end…My Immaculate Heart will Triumph’.”

Let us join her army and make the necessary sacrifices to fight this battle so that we may one day be a part of her glorious triumph!