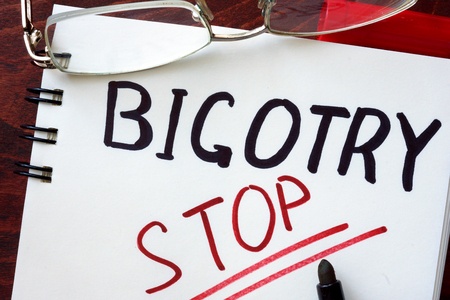 Anti-Christian bigotry is on full-display at the University of California, Berkeley, and it's all aimed at a junior named Isabella Chow, who is being severely punished for refusing to vote for a pro-LGBTQ+ bill; however this courageous young Christian has no intention of backing down.

FoxNews.com is reporting on Chow, a student senator at the University, who abstained from a largely symbolic student vote because she did not fully agree with certain clauses in the pro-LGBTQ+ bill that dealt with transgenderism. Chow, who is a member of the Student Action party, was given an ultimatum – either vote for the whole bill or get ousted. She chose the latter.

Within 48 hours, she became the campus pariah with her peers calling her “homophobic” and “transphobic," but she remains unmoved.

“No matter how difficult this has been, if I don’t represent the Christian perspective – the minority perspective – there won’t be anyone to represent these views,” Chow said. “I’m doing this for the Christian community. I know that I was called for such a time as this…backing down is not an option, especially when backing down means giving in to political pressure and political correctness.”

In a statement, she said discrimination is “never, ever ok” and condemned Christian bullies and bigots, saying that the LGBTQ community should be loved even though they disagreed with their views.

“That said, I cannot vote for this bill without compromising my values and my responsibility to the community that elected me to represent them,” Chow continued. “As a Christian, I personally do believe that certain acts and lifestyles conflict with that is good, right, and true. I believe that God created male and female at the beginning of time, and designed sex for marriage between one man and one woman. For me, to love another person does not mean that I silently concur when, at the bottom of my heart, I do not believe that your choices are right or the best for you as an individual.”

As Fox reports, she affirmed that each person deserves respect, acknowledgment, legal protection, and love, and asked that the same respect be given to her.

It wasn’t. Instead, she was hit with a severe backlash. Several groups on campus issued statements condemning her and demanding that she resign her position. Hundreds of students gathered in front of a large banner reading “Senator Chow resign now” and stood up one by one to condemn her.

The student newspaper, the Daily Californian piled on by running a critical editorial, but when Chow responded with a written statement in defense of her actions, the paper refused to run it. Instead, they ran an editorial condemning her.

More than a thousand students signed a petition calling her comments “violent, hypocritical and bigoted.”

But through it all, she has remained firm, even if a bit startled by the over-the-top vitriol aimed against her.

"I didn't expect the backlash and misunderstanding to be so swift,” Chow told Campus Reform, adding that she believes the misunderstanding is one that comes from "a difficulty to reconcile how the traditional Christian worldview can espouse love and validity for all individuals and yet disagree with certain identities or choices.”

“At the end of the day, it's a belief in objective truth,” Chow explained.

Although she is now walking to class with friends out of fear for her safety, she has no plans to resign. Even though it may seem like everyone is against her, she has actually received supportive messages from people across the country.

“I’m reminded the rest of the world is not a bubble the way Berkeley is, and honestly that gives me hope,” she said.

Let us keep this courageous young woman in our prayers!