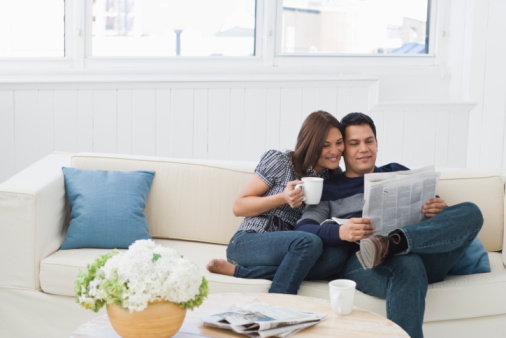 In spite of the well-documented risks associated with cohabitation, the Census Bureau is reporting that cohabitation rates among young people now exceed marriage rates for couples age 18-24.

Bloomberg is reporting on the statistics which show that as of today, young adults between the ages of 18 and 24, nine percent are living with an unmarried partner compared to seven percent who are living with a spouse – which makes cohabitation more prevalent than marriage in that age group.

These new numbers indicate far more than just the continuation of an alarming trend among American youth. They also indicate a failure to communicate important facts about the risks associated with this lifestyle choice.

For example, according to the American College of Pediatrics (ACOP), studies have shown that couples who cohabit face the following risks:

Even though many couples choose to cohabit as a way of testing the relationship for the rigors of marriage, the rate of cohabiting couples who actually go on to marry fell precipitously from 60 percent in the 1970s to about 33 percent in the 1990s. These number are after controlling for other risk factors.

This means that there has been no change in the 50 percent increased risk of divorce associated with premarital cohabitation even after this lifestyle became more socially acceptable. (It’s important to note that many of the studies challenging this statistic have been found to be methodologically flawed.)

- Increased risk of violence against women.

Women in cohabiting relationships are about nine times more likely to be killed by their partner than are women in marital relationships.

“Cohabitation has twice the risk of infidelity as marriage, and those who cohabitated before marriage were half again as likely to commit adultery,” ACOP reports. This is believed to be due to the fact that cohabitators risk less by an affair than married couples who are more likely to have children and more complicated financial holdings than cohabiters. 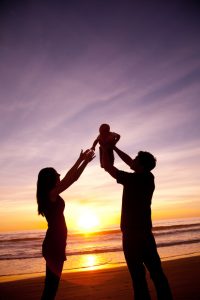 The risks to children are even more serious with study after study finding that couples who cohabit put their current and future children and grandchildren at risk of parental separation, increased internal family strife, as well as an increased risk of behavior and social relationship problems.

“In summary, although it may appear to be a practical, positive stepping stone to a healthy marriage, research indicates living together before marriage (cohabitation) can bring significant harm to the relationship and the individuals involved,” ACOP reports.

ACOP doctors urge their adolescent patients to avoid cohabitation and learn about the life-long benefits of marriage. They also encourage parents to have tough conversations with their teens to educate them about the risks of cohabitation and premarital sex in general.

However, even more concerning than all of the above is the spiritual harm this practice does to the souls of those involved or impacted by a couple’s choice to cohabit.

Church teaching on this subject, as explained on the Catholics Come Home website, offers couples very compelling reasons to forgo this social trend and opt to save intimacy for marriage.

“ . . . [S]ex, – like all gifts – has to be used appropriately," the site explains. "God has designed sex to occur within marriage. According to the Bible, marriage occurs when a man and a woman ‘become one flesh.’ Thus the consummation of a marriage happens during a sexual union. When two people don’t commit to be together for the rest of their lives, sexuality becomes tied to a tentative relationship, something that can be ended at any moment. If we engage in such an intimate, powerful experience as sex with someone we aren’t committed to, then in effect we are using the other person’s body to feel good, either physically or emotionally.”

The choice to cohabit can also have a negative effect on extended families.

“A couple's choice to live together is not simply made in isolation. It affects everyone in relationship with these two people - parents, brothers, sisters, friends, and even other members of the parish,” advises the Bishops of Pennsylvania. “A cohabiting couple implicitly communicates that there is nothing wrong [with] breaking God's law. This can be especially misleading to young children - nieces, nephews, and children of friends - who are impressionable and whose moral reasoning is immature.”

In conclusion, there are more reasons not to cohabit than to cohabit, and we all need to do a better job of communicating this to our young people.

For those who are looking for more practical information on how to address cohabiting couples in the family, this resource paper by the USCCB may prove helpful.