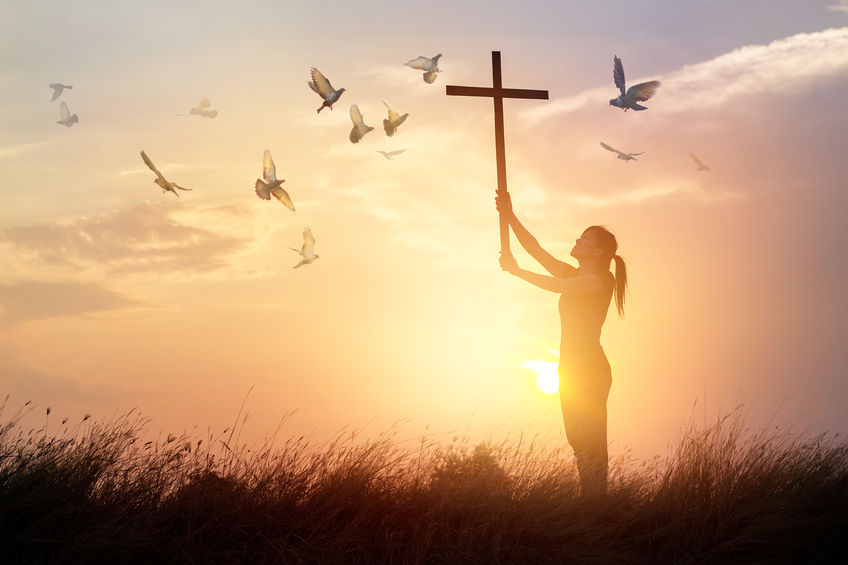 Everywhere I go it’s the same story. “Why are they letting Governor Cuomo get away with this? He not only backed the bill, he championed it, then ordered landmarks to be lit in pink to celebrate. And the Church does nothing more than express their sorrow? Seriously?”

The outrage that lit up Facebook and Twitter for nearly a week over the Governor’s appalling support of the bill turned into a blazing furnace when calls for his excommunication were tossed aside by the hierarchy.

As one person commented: “Once again the church is pandering to the Democrats. Very disappointed that the hierarchy of the Catholic Church does not stand up for life and truth and the most vulnerable in society, the unborn.”

Another chimed in, “What also bothers me are the mixed signals being given by some of our ‘leaders’ to our young Catholics (to all Catholics!) They were so quick to WRONGLY condemn a 16-year-old boy standing up to bullies yet silent when it comes to this horribly evil bill. Talk about throwing your flock to the wolves! And where is the voice of the pope?” (Angry face emoji)

As infuriating as it is, we also have to deal with those who eagerly throw salt into our wounds by reminding, “What do you expect from a church that refuses to punish enablers of child predators?”

How are we supposed to deal with this ever-lengthening list of embarrassing failures?

I was wondering about this myself one morning when I picked up a favorite book by Father Emil Neubert entitled, Queen of Militants, and flipped it open. My eye fell upon a paragraph that immediately caught my attention because it described exactly the way I was feeling at the moment.

“ . . .[T]he apparent uselessness of your many efforts, your many prayers, and your many sufferings. You see the defeat, the final collapse . . . You can endure all the difficulties and all the contradictions that come your way, provided that in the end there is success. But what if at the end there is defeat and total failure?”

This perfectly captured my feelings. Why can't we win a few rounds once in a while? Why does defeat and total failure always seem to be our lot?

As if in answer to that question, Father Neubert asks another more poignant one: “Was there ever in the history of the world a defeat as tremendous, as distressing as His?”

My focus immediately shifted to Jesus who chose to build this towering treasure of our faith upon the back of an itinerant fisherman who swore allegiance to Him but still managed to deny three times that he even knew Him. And on the night of His arrest, the rest of his companions “ran away to cower in their hiding-places, convinced that all their hopes were ruined,” Father reminds.

Ultimately, only one of the apostles had the guts to stand at the foot of the cross and watch Him die.

If that’s not failure, what is?

As Father continues, not only was Jesus abandoned by His followers, the leaders of His own faith refused to stand with Him as well. Jesus truly was the man who “came unto His own and His own received Him not” (John 1:11).

“The Pharisees, who were considered the holy ones of Israel, never missed an opportunity to contradict Him,” Father Neubert writes. “The princes of this people whom He had come to save, who should have assisted Him and facilitated His mission, plotted His death.”

In the end, even the very people He ministered to, whose infirmities He healed and whose souls He cleansed, would eventually stand in the streets of Jerusalem shouting, “Away with this man, and release to us Barabbas! . . . Crucify Him!” (Luke 23: 18-21)

It goes downhill from there. After being subject to an unjust trial, the Son of God, who was born in a stable and lived 30 of his 33 years in almost complete obscurity, was condemned to death and nailed to a cross like a common criminal. And while He hung dying, the chief priests insulted Him and the people taunted Him. “If he is the King of Israel, let Him come down from the cross, and we will believe Him” (Matt 27:42-3).

Talk about an epic fail!

Who wouldn’t think it was all over, that this Jesus who seemed so glorious could end up like this, hanging on a tree between two thieves while His followers cowered in fear?

But we all know what happened next – what always happens next with Jesus Christ. Regardless of the date and time of the ruins, He always rises again.

As Father Neubert reminded me, this seeming defeat was actually “the greatest triumph ever gained, for it was that failure which saved the world.”

Only those with faith can understand how God can work such a miracle out of so wretched a tragedy. “We know that all things work for good for those who love God” (Romans 8:28).

Of course, this doesn’t mean that all of a sudden the world will realize the Truth, that our Church leaders will get a backbone and start acting like the selfless shepherds they’re called to be, that our churches will be filled to capacity every Sunday and the confessional lines will trail out into the street.

It means that in spite of what it looks like, of how bad it seems to be, God has a master plan and it will not be thwarted by the Governor Cuomos, the wishy-washy Church leaders, or the biased media of this world.

It means that we will have the last word - a word that is part of our eternal destiny.

I put the book down and realized what has to be done. We must soldier on. We must look into the taunting faces, the arrogant smirks, the finger-wagging accusers, and even the downcast face staring back at us in the mirror, and utter that everlasting final word of victory that will always be ours, no matter what  - "Alleluia!"