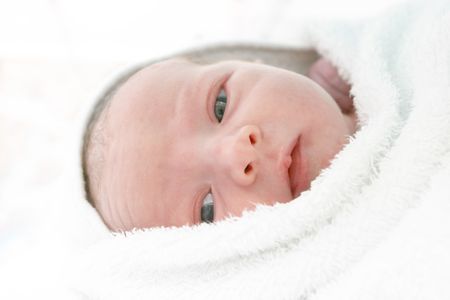 You can run, but you can’t hide! That’s the message pro-life lawmakers in the House are sending to their pro-abortion peers as a new effort gets underway to force a vote on the Born Alive Abortion Survivor Protection Act – which has overwhelming support from the American people – so that the public can clearly see where their representatives stand on the issue of legal infanticide.

House Republican Whip Steve Scalise (R-LA) is leading a new effort in the U. S. House to compel a floor vote on this vitally important legislation aimed at sparing infants born alive after abortion from an excruciating death. Scalise will force this vote through a procedure known as a discharge petition. With 218 signatures, members of Congress can bypass Speaker Nancy Pelosi’s pro-abortion obstruction and force a vote.

In an op-ed he co-authored with Senator Jim Inhofe (R-OK), Scalise explains: “While members of the Senate are on the record with a vote on this legislation, the Democrat leadership that controls the House of Representatives has blocked its consideration. They don’t want to have to vote on infanticide because they know the rest of the country doesn’t agree--77 percent of Americans support protections for abortion survivors and 62 percent oppose late-term abortion.”

The discharge petition is one way to get around Speaker Pelosi’s iron grip and demand accountability of our lawmakers, he says. “If a majority of the Members of Congress sign the discharge petition on the Born Alive Abortion Survivors Protection Act, the Speaker will be forced to bring it to the floor for a vote.”

Scalise has already begun the petition process which will make it eligible for signatures in early April.

Pro-life leaders across the country are asking citizens to contact their representatives and urge them to sign the petition.

"Infanticide has always been unacceptable in a civilized society, regardless of what one may think about abortion itself. The unthinkable—that elected officials would support infanticide--has now become reality,” said FRC president Tony Perkins. “The American people stand ready to hold Members of Congress accountable for their votes."

“It’s tragic that 44 U.S. Senators, including leading Democratic Presidential contenders, actually voted to allow an infant, born and struggling for life, to be thrown out like garbage,” writes Students for Life (SFL) Action President Kristan Hawkins.

“That vote will not be forgotten, and it’s why students with Students for Life Action already has led protests against the Senators running for President who voted in favor of infanticide. SFL Action calls on members of the House to vote for the discharge petition bringing this crucial issue forward for a vote, and we will be getting out the word that a vote for the discharge petition is a vote to #ResistInfanticide and for Life.”

On this particular issue, pro-abortion lawmakers cannot count on support from young voters, particularly millennials who are now the nation’s largest voting block. Polls have shown that seven in 10 millennials support limits on abortion with only seven percent sharing the radical position of the Democratic Party Platform which calls for no limits on abortion.