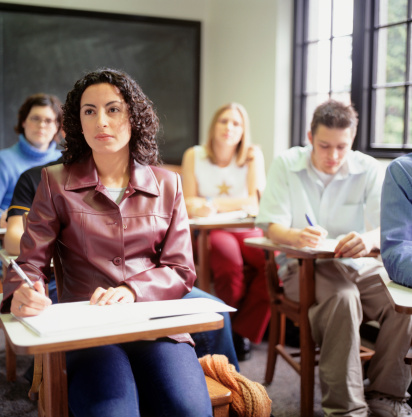 A healthy movement is afoot on U.S. campuses in the form of student-led efforts to rid their schools of internet access to pornography. The latest campaign is taking place at Catholic University of America (CUA) and students are asking you to sign their petition to show your support.

TFP Student Action is reporting on efforts underway at CUA where hundreds of students have pledged their support for “A Resolution for a Pornography Free Campus Network.” Sponsored by student-senator Gerard McNair-Lewis, the resolution states:

• That pornography, according to Catholic teaching, "is a grave offense against chastity" and "strips from the nature of the unitive act its proper end of love, procreation, and unity, making it purely pleasure for its own sake."

• That The Catholic University of America "should promote the Church's teaching by preventing its resources from being used as a means to this grave offense condemned within the Catechism."

• That the University "take an outward stance against the use of pornography by prohibiting access to the top 200 pornography sites through the campus network. This allows the University to remove itself as a means in accessing such material."

“I was honestly shocked to learn that such a ban wasn't already in place. Even my public high school blocked inappropriate content on its wi-fi, so I knew The Catholic University of America could do better,” she said.

“As a woman, I thought it was important to be a cosponsor to bring to light that pornography is not just a men's issue. Not only does the industry exploit and prey upon primarily women and girls, but females can struggle with addiction and consumption just as much as males.”

Jimmy Harrington, President of the Student Government Association, agrees with Kilgore: "If a secular company can block these sites from their networks and computers, then I am even more convinced that The Catholic University of America ought to be able to and should regulate these sites on its own network."

As TFP reports, “Purity is the answer. And Catholic campuses should be places where the virtues of purity and chastity flourish and spread.”

Their petition drive has already garnered more than 17,000 signatures, already exceeding its target of 15,000. Add your signature today and let both the school and the students know that you support these efforts to insure that the leaders of tomorrow have the opportunity to be formed for the future in a healthy, wholesome environment.