By Susan Brinkmann, OCDS Staff Journalist A new study by Danish researchers containing significant flaws is being widely circulated by the media for its claims that having a baby, not an abortion, causes more mental health problems in women. 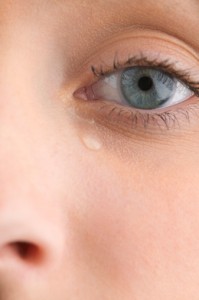 According to the Associated Press (AP), the study included 365,550 teenagers and women who had an abortion or first-time delivery between 1995 and 2007. During the study period, 84,620 had an abortion while 280, 930 gave birth. None had a history of psychiatric problems. Researchers then compared the rate of mental health treatment among women before and after a first abortion. Within the first year after an abortion, 15 per 1,000 women needed psychiatric counseling — similar to the rate seeking help nine months before an abortion. While first-time mothers had a lower rate of mental problems overall, the proportion of those seeking help after giving birth was dramatically higher. About 7 per 1,000 women got mental health help within a year of giving birth compared with 4 per 1,000 women pre-delivery. According to Priscilla Coleman, Ph.D., writing for LifeNews, one of the many problem with the study is that researchers used a window of 0-9 months to measure pre-abortion mental health when they should have taken the assessment from before the pregnancies were detected to determine the true mental health status of the woman.   "The bottom line is the fact that they found comparable rates before and after abortion does not negate a possible causal link between abortion and mental health," Dr. Coleman writes. "This is true because many women were likely disturbed to the point of seeking help, because they were pregnant and contemplating an abortion or had already chosen one and were awaiting the procedure. There are numerous published studies indicating high levels of stress among women facing an unplanned pregnancy and considering an abortion." Another problem is that the study did not include controls for anything other than age and parity. It did not take into account pregnancy wantedness, coercion by othesr, marital status, income, education, or exposure to violence and other trauma. "Many studies have been deemed inadequate based on only one of these variables not being accounted for," Dr. Coleman points out. Another problem is that it only followed women for a year post- abortion or childbirth even though there is plenty of evidence suggesting that the negative effects of abortion often do not surface for several years. It is also important to note that researchers only studied mental problems serious enough to warrant admission to a hospital or outpatient clinic and did not track the occurrence of lesser mental health conditions such as mild depression. The study was published in yesterday's edition of the New England Journal of Medicine. © All Rights Reserved, Living His Life Abundantly®/Women of Grace®  http://www.womenofgrace.com