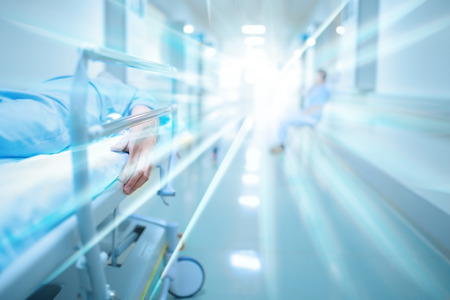 Just hours after a French hospital withdrew nutrition and hydration to a young man who has been in a vegetative state since a motorcycle accident in 2008, a French court intervened and ordered the hospital to restore life support.

LiveActionNews.org is reporting on the case of Vincent Lambert, who was rendered a quadriplegic with minimal consciousness after a motorcycle accident. In spite of the fact that Lambert is not terminally ill, and euthanasia is not legal in France, Lambert’s wife and several family members insist that he wouldn’t want to live this way and wants his nutrition and hydration removed. However, his parents, and several other family members, disagree and are fighting equally hard to keep him alive.

According to the BBC, after several years of trying to improve Lambert’s condition, his medical team, with the approval of his wife, decided in 2013 to remove him from the food and water he was receiving and place him under heavy sedation until he passed away. His devout Catholic parents, Pierre and Viviane, challenged the decision because the rest of the family was not consulted, and a lengthy legal battle began.

Much like the Terri Schindler-Schiavo case that gripped the US in 2005, Lambert’s parents fought publicly for his life, publishing videos showing their son seeming to interact with family members. The story went viral and public debate only intensified when, in 2015, the European Court of Human Rights upheld the decision of a French court to remove his life support. However, doctors did not carry out the order.

The battle raged on and eventually seemed to come to a conclusion in favor of Lambert’s wife when the French ministry of health argued against the advice of the UN Committee on the Rights of Persons with Disabilities who wanted the family to wait until they could investigate the case further. The ministry claimed that it was not bound by the Committee and Minister Agnes Buzy claimed that “all legal appeals had been exhausted.”

Lambert’s parents then reached out to President Emmanuel Macron asking him to intervene, saying, “In France, in 2019, no one should die of hunger and thirst.”

But Macron refused to help: “The decision to stop treatment was taken after a constant dialogue between his doctors and his wife, who is his legal representative.”

On Monday, the hospital withdrew food and water from Lambert and put him under heavy sedation.

However, just a few hours later, the Paris court of appeals ordered that nutrition be reinstated and the sedation be stopped, pending a review of the case by the UN Committee on the Rights of Persons with Disabilities.

“They are going to restore nutrition and give him drink,” his mother said. “For once I am proud of the courts.”

“The suspension of these treatments represents, rather, a form of abandonment of the patient, based on a merciless judgment on his quality of life, expression of a culture of waste that selects the most fragile and defenseless people, without recognizing their uniqueness and immense value. The continuity of assistance is an inescapable duty.”

They conclude: “We therefore hope that effective solutions can be found as soon as possible to protect the life of Mr. Lambert. To this end, we assure the prayer of the Holy Father and of the whole Church.”