By Susan Brinkmann, OCDS Staff Journalist  A day after Illinois' "Catholic" Governor Pat Quinn signed a civil unions bill into law, homosexual activists announced plans to demonstrate for same-sex marriage outside Holy Name Cathedral on Feb. 13 and the city has promised not to enforce an ordinance that forbids protests near places of worship. 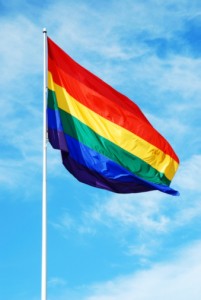 Thomas Peters of the popular CatholicVote.org blog is reporting that the Gay Liberation Network (GLN) and the American Civil Liberties Union (ACLU) have organized a protest to take place just before the 11:00 a.m. Mass on Sunday, Feb. 13, to oppose what it calls "anti-LGBT bigotry of the Catholic hierarchy." While protests of this nature are nothing new, what is unusual about this year's event is that the City of Chicago actually told protestors in advance that it will not enforce an ordinance that prohibits demonstrations within 150 feet of any church, temple, mosque or synagogue while services are in progress. According to Andy Thayer, co-founder of the Gay Liberation Network of Chicago (GLN), these instructions were sent by a top legal official to the ACLU yesterday in which the city promised not to arrest protestors who violate the ban. The decision was made in an effort to squelch complaints from citizens who demanded criminal prosecution of the group for violating the same law during last year's protest. "Knowing that right-wing activists might try to make good on last year's threats at this year's Freedom to Marry Protest, and that the City had threatened arrests of anti-Church of Scientology activists a few months ago, earlier this month GLN organizers contacted the Illinois Chapter of the American Civil Liberties Union for legal advice," Thayer writes in The Huffington Post. "The ACLU last Friday wrote a letter to Police Superintendent Jody Weis, CPD General Counsel Debra Kirby, Corporation Counsel Mara Georges and18th District Commander Kenneth Angarone, informing the City of the forthcoming protest and directly asking if they intended to enforce the controversial ordinance. The City's response from Corporation Counsel Georges was unusual in its rapidity and in diametric contrast to its usual hard-line stance against protesters." As a result, GLN is handing out handbills and posters maligning Cardinal George and the Catholic Church which they claim is "trying to impose a medieval ‘natural law’ marriage definition on the whole of society," a natural law that “categorizes some people as … ‘abnormal’ and ‘unhealthy’ and even ‘demonic.'” Another publications accuses the Church of being "officially sex-negative, as well as unofficially sex-abusive, as the Catholic Church to be opining on 'sexual complementarity' makes as much sense as Illinois politicians holding forth on the topic of fiscal responsibility." But the group goes even further than just criticism and is taking aim at the Church's institutions with the hopes of seeing them stripped of taxpayer funding. "For too long, anti-LGBT organizations like the Catholic Charities and the Salvation Army have been taking in millions of tax dollars from taxpayers, gay and non-gay alike, with no legally binding commitments to equality in employment and service provision,” their brochure states. "So GLN is not only organizing protests against Catholics who dare to follow the Church’s teaching, they are explicitly focused on penalizing Catholics who conduct social ministry though these charities," Peters writes. The GLN's three stated goals of the demonstration are: 1. Oppose the anti-LGBT bigotry of the Catholic hierarchy; support the many pro-equal rights Catholics organizing for change within the denomination 2. Demand full equal marriage rights in Illinois 3. Demand that tax dollars no longer go to tax-exempt religious groups that refuse to commit to equal rights for LGBT people. "Once again we Catholics are confronted with a basic truth: the end goal of gay activists such as the Gay Liberation Network is simply contradictory to the continued existence and health of the Church as we know it," Peters writes. "We have to make a decision to stand up for our rights to be Catholic in the full sense of the word, to listen to the leadership of our bishops, be guided by their authority, to preserve the meaning of marriage, and to support the freedom of our social services to continue ministering to those in need." Those wishing to express their concern to the city of Chicago may do so through this website.  © All Rights Reserved, Living His Life Abundantly®/Women of Grace®  http://www.womenofgrace.com