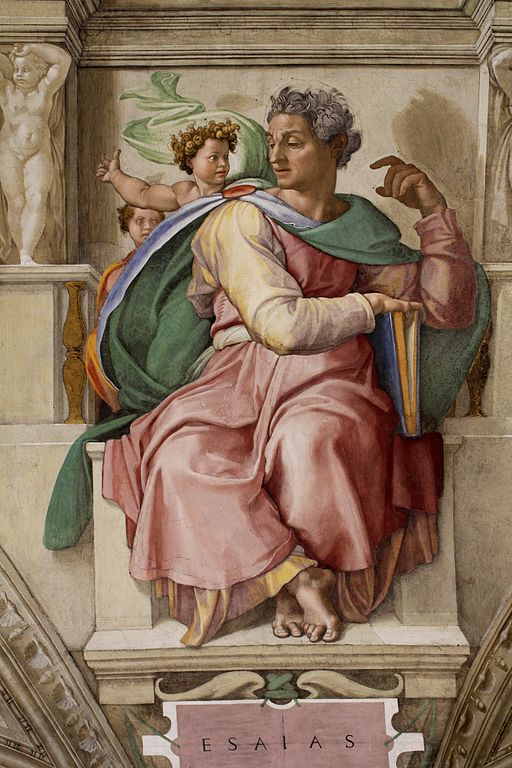 AH writes: “My friend asked: ‘As far as psychic work the Gifts of the Holy Spirit included the gift of Prophecy... isn’t that psychic ability. Just a different name’?”

No, it’s not, but tell your friend not to feel bad. This is a very common mistake and one that I have addressed in other blogs, but will do so more directly here.

While it’s true that God can and does choose to reveal the future through the gift of prophecy, a prophet of God does a lot more than that. As Carl E. Olson of Catholic World Report explains, “Prophetic utterances were often exhortations to holiness, to authentic worship, and to zealous love for God and neighbor. Prophets such as Jeremiah and Elijah . . . were called to tell the truth about God and to proclaim God’s Word to the people.”

The authentic prophet is also very well aware of the fact that Satan can and does “predict” the future through the lips of “false prophets” such as clairvoyants and mediums which is why they will always “test the spirits” to determine if their information is coming from God, themselves, or the devil.

"Beloved, do not believe every spirit, but test the spirits to see whether they are from God, because many false prophets have gone out into the world." (1 John 4:1)

Which leads to the question – can the devil tell the future?

No. Neither the good nor the bad angels can do this unless God chooses to reveal this to them. Satan merely uses his superior observation skills to predict what may happen.

As Catholic writer Philip Kosloski explains, “Demons by nature are extremely intelligent and can observe people and events very closely, having a sense of what will happen. Essentially they can ‘predict’ the future with limited accuracy, not because they know something hidden, but because they are able to observe and give a general prediction like any smart human.”

But what about when the clairvoyant’s prediction comes true? Doesn’t that mean their information came from God?

No! The devil can get it right sometimes; for that matter, even we can make a good educated guess from time to time that turns out to be true.

This is where a deeper and more profound distinction must be considered. Even though both the prophet and the psychic can make correct predictions about the future, only the prophet is getting their information from God.

How do we know this? Because, according to Scripture, God considers psychics/mediums to be “abominations” (see Deuteronomy 18:10). For this reason, God would never contradict Himself by consorting with one. This is how we know that whatever information a psychic is getting is either coming from themselves (through hot or cold reading) or from demonic entities.

Consider the story of the slave girl with the “oracular spirit” in Acts 16:16-18. She had these gifts and used them to bring profit to her owners through fortune-telling. The girl began to follow Paul around, shouting, “These people are slaves of the Most High God, who proclaim to you a way of salvation.” She did this for many days until Paul finally had enough and, in the name of Jesus Christ, commanded the spirit to come out of her – which it did.

In addition, prophets don’t hang out a neon sign in their front window and charge money for “readings.” The genuine prophet depends solely on God for visions and accepts them whenever God chooses to reveal them. God doesn’t give “readings” on-demand. The genuine prophet always works according to God’s terms, not his or her own.

For all of the above reasons, it is a sin to consort with fortune-tellers. As the Catechism explains, consorting with clairvoyants, consulting horoscopes, palm reading and consulting mediums and omens in search of revelations about the future, “conceal a desire for power over time, history, and in the last analysis, other human beings, as well as a wish to conciliate hidden powers. They contradict the honor, respect, and loving fear that we owe to God alone.” [No. 2216]

This explains why scripture is replete with warnings for the faithful to avoid anyone who “practices divination or is a soothsayer, augur, or sorcerer, or who casts spells, consults ghost and spirits, or seeks oracles from the dead” because anyone who does such things is “an abomination to the Lord” (Deut 18:10-12).

We’re not supposed to be overly curious about the future. As the Catechism advises: “ . . . [A] sound Christian attitude consists in putting oneself confidently into the hands of Providence for whatever concerns the future, and giving up all unhealthy curiosity about it.” [No. 2215]

Jesus warned us that “many false prophets will arise and deceive many” (Matt 24:11) and, unfortunately, these false prophets can be found in almost every neighborhood in the country and are all over the Internet.

Having explained all this, it’s easy to see the simple and yet critically important difference between the Spirit’s gift of prophecy and that of the psychic. One is sourced in God and the other is sourced in evil.