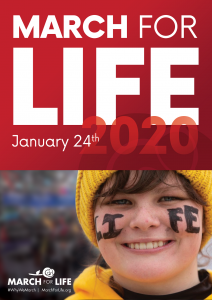 The year 2020 marks the 100th year since the passage of the 19th Amendment which gave women the right to vote and March for Life organizers announced the theme for next year’s march – Life EMPOWERS: Pro-Life is Pro-Woman – in honor of those brave and staunchly pro-life women who fought so hard for women’s rights.

The Washington Times is reporting on the announcement made by a panel of pro-life activists on Capital Hill on Tuesday who are determined to take back the term “pro-woman” from progressive feminists who they say have distorted the legacy of women’s suffrage.

“Courageous suffragists like Susan B. Anthony and Elizabeth Cady Stanton who fought for women’s right to vote also opposed abortion,” Jeanne Mancini, President of the March for Life, said in a statement. “Pro-lifers should be inspired by the early suffragists, who understood the true dignity of women and that every person, born and unborn, deserves equal rights and protections under the law.”

As CBN’s Paul Strand explains to anyone who wonders what the right to vote has to do with the right to life, “A hundred years ago, feminists and suffragists understood instinctively that the two are both powerful and necessary. Women needed the protection that came from the power to vote in our republic. And they needed protection for the little unborn lives that only they could nurture and bring into the world."

This is what makes the 2020 centennial celebration the prefect time to set the record straight and let all women know that both in the past, and the present, “to be pro-woman is to be pro-life.”

Abortion activists were quick to respond to the theme with the usual pro-abortion talking points. For example, a pro-abortion group named Reproaction criticized the theme in a tweet: “There is absolutely nothing ‘pro-woman’ about a movement that restricts bodily autonomy and refuses to #StopProsecutingAbortion.”

The 47th annual March for Life will be held Jan. 24 in the nation’s capital.