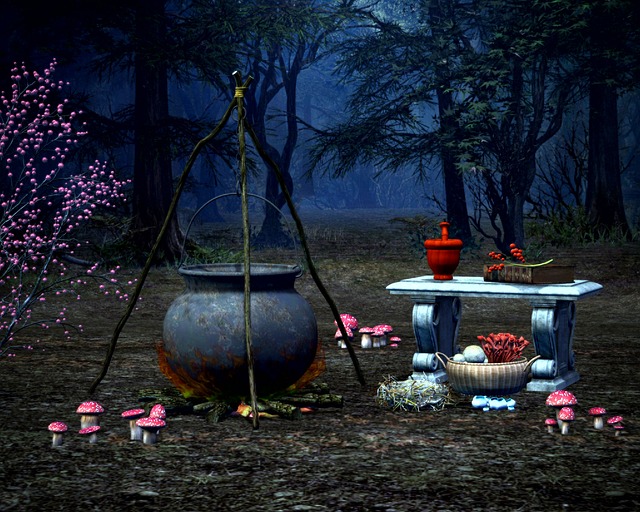 Thousands of witches and sundry “magical thinkers” are planning to cast a spell tonight on President Donald J. Trump and “those who abet him.” Will this affect those who voted for him?

The Washington Examiner is reporting on the latest spell-casting campaign which aims “to bind Donald Trump and all those who abet him.” The spell is meant to be performed during every waning crescent moon until Trump is removed from office.

Participants are being instructed to use of an unflattering photo of Trump, a tarot card, a stub of an orange candle, a pin, and a feather to work their “magic.” They are to call upon the "heavenly hosts, demons of the infernal realms, and spirits of the ancestors" to bind Trump "so that his malignant works may fail utterly."

The mastermind of this spell-casting frenzy is Michael Hughes, a “magical thinker” and activist, who sees the impeachment process as a sign that the rituals are working.

“I’m willing to go on record and say it’s working,” he told the Examiner.

His first attempt to spread word of the spell went viral in 2017 and it’s been gathering steam ever since. Thousands of occult dabblers are now part of the #MagicResistance movement that circulates spells for protection of immigrants, reproductive rights, and a variety of spur-of-the-moment causes such as cursing Supreme Court Justice Brent Kavanaugh and White House advisor Stephen Miller.

Hughes, who authored a book, Magic for the Resistance: Rituals and Spells for Change, believes that several thousand people from all over the world participate in the Trump-binding ritual which takes place every month. He considers this spell to be a way for people to feel re-empowered in the wake of the 2016 election.

“Knowing thousands of people are gathering together at the same time from all over the world to do this ritual and to put our beliefs and our desires into sharp focus, and to do that ritualistically, I think that has a really powerful effect,” Hughes said.

Karen Tibbits-Williams, a New Zealand-based witch and paranormal investigator, agrees with Hughes that Trump’s troubled presidency is the result of their spell-casting rather than the divisive politics of the day.

She told the Examiner that the ritual doesn’t specify how to “bind” Trump and his supporters from causing harm.

“It could happen by creating unity and strength amongst his opponents, it could be brought about by his impeachment and removal from office.”

She added: “I’ve seen for myself, many times over, the power and effectiveness of magick. My confidence in the power and efficacy of our Binding — and the effect which it is having — is absolute. I don’t ‘believe’ that it works … I know it does,” she said.

She is correct to realize the power behind the spells that she and her companions across the globe are working against the President and the people who voted for him; however, the source of this power is much more dangerous to her than to those she’s trying to curse.

Father Vincent Lampert, a Roman Catholic priest and the designated exorcist of the Archdiocese of Indianapolis, warns that the ritual gives an opening to evil in the lives of the participants.

“Some of them may be doing it thinking it’s just fun, but they are gambling with evil, and just because their motive is one way doesn’t mean they’re not opening up an entry point for evil in their own life,” Fr. Lampert told the Examiner.

While it’s true that record numbers of people are turning to witchcraft in the United States, there’s no safety in numbers where the occult is concerned.

“I think evil will present itself as something good, maybe initially to attract people’s attention, to draw people in, but then ultimately people are going to discover it’s all about fracturing their lives,” Father warned.

As for those on the receiving end of the curse, Father Lampert told the National Catholic Register that spells only have an effect in people who are spiritually weak.

“You can’t stop someone from placing a curse, but as a Christian, if you are you praying to God and going to him, the curse will have no power,” Father Lampert said. Attending Mass, receiving the Eucharist and going to Confession offer strong protection against evil.

As for President Trump, “even if we question where he is as a man of faith, or prayer, or Christianity...Trump is a man who is indicating that he is choosing and knows the difference between right and wrong and is choosing right. People should continue to pray, in the way they have been praying,” for our president’s protection, he advised.

The bottom line is that if we are anchored in God, we have nothing to fear

For those people who are looking to be re-empowered after losing the election in 2016, it would be much safer to harness the power of the ballot box than to consort with spirits who are as interested in destroying them as they are of destroying their perceived enemies.