By Susan Brinkmann, OCDS Staff Journalist Pro abortion groups are crying foul after learning that the GOP's spending cut plans include the elimination of the Title X program, which provides family planning services to low-income Americans. 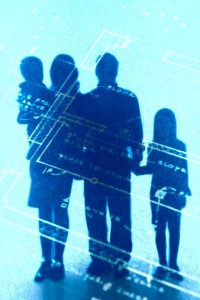 The Wall Street Journal is reporting that the GOP plan would cut $327 million from Title X, which would cut off a lucrative funding stream for groups such as Planned Parenthood that provide contraception and reproductive health screening in addition to abortion services. “While these politicians attack abortion coverage from every angle, they now want to deny funding for birth control, even though that’s the best way to prevent unintended pregnancy,” said Nancy Keenan, president of NARAL Pro-Choice America. Even though Title X recipients are not permitted to use the money for abortions, pro-life lawmakers say these funds are entirely fungible and are indirectly aiding the abortion industry. If the spending cuts don't eliminate Planned Parenthood funds, another bill has been proposed by Rep. Mike Pence (R., Ind.) that will prevent abortion providers from recieving any Title X money. Pence has not hidden the fact that his legislation is aimed at Planned Parenthood Federation of America, the nation’s biggest provider of abortion services and also a major recipient of Title X money. “The largest abortion provider in America should not also be the largest recipient of federal funding under Title X,” Mr. Pence said at a recent March for Life. “The time has come to deny any and all federal funding to Planned Parenthood of America.” These bills could not come at a worse time for Planned Parenthood. An undercover sting by a youth-run pro-life organization is in the process of releasing videos in which clinic employees are seen routinely covering up the sexual abuse of minors. Planned Parenthood claims the videos are doctored, but they’ve already fired one employee and have announced plans to provide better training to their clinic staffs. Other liberal causes are also worried about losing funds as the GOP spending plan will eliminate taxpayer support for the Public Broadcasting Service, the National Endowment for the Arts, the National Endowment for the Humanities, and the Legal Services Corporation. The planned cuts, which were released by Rep. Hal Rogers (R-KY), chairman of the House Appropriations Committee, will likely steer the coming debate to controversial social and cultural issues. “While making these cuts is hard, we have a unique opportunity to right our fiscal ship,” he said. © All Rights Reserved, Living His Life Abundantly®/Women of Grace®  http://www.womenofgrace.com