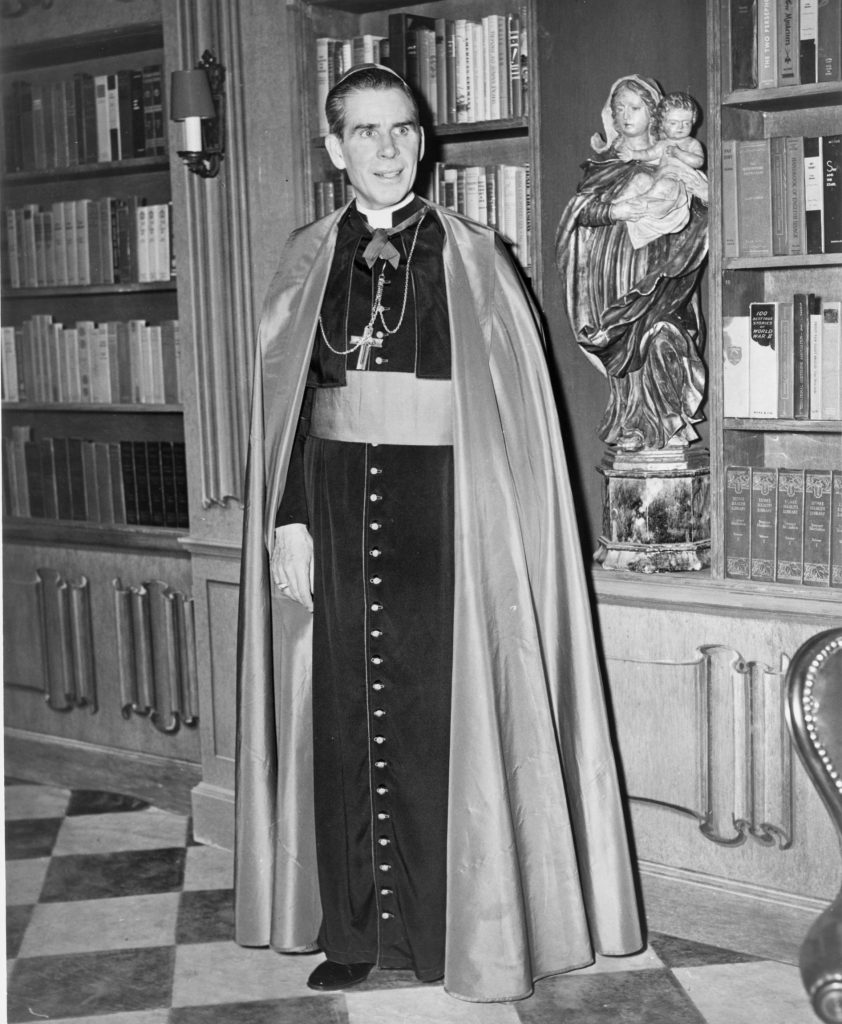 The much anticipated December 21 beatification of Archbishop Fulton J. Sheen has been delayed indefinitely after a few members of the Bishops’ Conference ask for further consideration.

According to a press release from the Diocese of Peoria, Bishop Daniel Jenky, C.S.C., was contacted on December 2 by the Holy See and told that the they have decided to postpone the date of Sheen’s beatification after some bishops requested further consideration.

The unexpected delay has generated speculation that the move has something to do with a 2007 lawsuit in which Bishop Sheen was accused of covering up an incident of sexual abuse. According to the Catholic News Agency (CNA), the bishop allegedly walked in on an act of sexual abuse in a New York church office, reprimanded the priest, then covered up the crime. However, a source close to CNA said this is not the reason why the Bishop’s beatification was delayed.

Bishop Jenky confirmed this to be true in his statement: “In our current climate, it is important for the faithful to know that there has never been, nor is there now, any allegation against Sheen involving the abuse of a minor. The Diocese of Peoria observes that the life of Fulton Sheen has been thoroughly and meticulously investigated. At every stage, it has been demonstrated definitively that he was an exemplary model of Christian conduct and a model of leadership in the Church. At no time has his life of virtue ever been called into question.”

The Diocese of Peoria remains confident that any additional examination of his life will only further prove his worthiness of Beatification and Canonization.

However, Bishop Jenky was deeply saddened by the decision.

“This development is unfortunate especially because there continue to be many miracles reported through Sheen’s intercession. Several have even been reported since the announcement of the Beatification date two weeks ago. It is undoubtedly further proof for those who truly believe in this Cause that these miracles will be credited to the intercession of the Venerable Fulton Sheen in the future,” the statement said.

Bishop Jenky is even more concerned for the many faithful who are devoted to Sheen and who will be affected by this news. While he has every intention of continuing the Cause, no further date for Beatification has been discussed.

The Diocese of Peoria is offering no further comment at this time.