S writes: "My Catholic parish is sponsoring an evening of Taizé prayer. I understand that it is ecumenical prayer, but I wonder if it is related to centering prayer and thus new age.  There seem to be arguments both for and against it . . . I appreciate any information you can give me that can help me to discern whether this is truly acceptable for Catholics or not.” 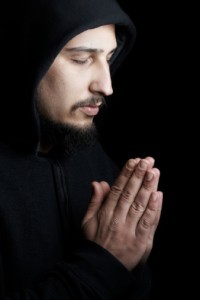 From what I have read about Taize, arguments can be made for and against it, mostly depending upon who and where Taize is being conducted and if it is an authentic version or a type that incorporates New Age techniques. The New Age has definitely made inroads in co-opting contemplative prayer with its Centering Prayer movement, but Taize is fundamentally different. It involves directed and very focused meditation and chanting. Authentic Taize, founded by the late Brother Roger in France, has a very unique background and has received papal applause. Brother Roger, born Roger Schultz in Switzerland on May 12, 1915. A Protestant theologian, he was 25 years old in 1940 when he set up an ecumenical house of prayer in Taize, a village near Cluny in eastern France. The community served as a haven for war refugees of all religious backgrounds during World War II, and out of deference to their beliefs, he would use prayer techniques and singing taught to him by his mother, which he eventually adapted into the Taize method. Brother Roger studied St Francis, which is why life at Taizé is modeled on the Franciscan Rule. However, the community was not formally established until Easter Sunday, 1949, when the first seven brothers committed themselves to community life, celibacy and a simple lifestyle. The first monks came from different evangelical backgrounds, and eventually included Catholic brothers. It now has members from more than 25 nations. The Taize community, dedicated to reconciliation among Christians, attracts thousands of visitors each year, and Brother Rogers' books of prayers and meditations are popular among Christians of many different denominations. Sadly, Brother Roger was participating in an evening prayer service at a church in Burgundy on August 16, 2005 when a 36 year-old Romanian woman stabbed him in the throat, killing him instantly. My only concern with a parish sponsoring an evening of Taize is that Catholic prayer should be taught first. Too many Catholics are completely unaware of the full scope of the Catholic prayer tradition, from the four stages of prayer to the mystical wonders that await those who faithfully practice them. This is life-changing stuff and it’s relegated to the back burner, behind trendy gimmicks such as centering prayer and other eastern forms of prayer. Our Church “wrote the book” on prayer and it’s high time someone opens it and starts reading! For more information on Taize, this detailed history of Brother Roger appeared in the Vatican’s newspaper, L’Osservatore Romano: http://www.ewtn.com/library/CHISTORY/brogtaize.htm This article with Cardinal Kaspar (President of the Pontifical Council for the Promotion of Christian Unity) about Taize founder Brother Roger receiving communion from JPII and Cardinal Ratzinger. http://www.taize.fr/en_article7333.html In this news report, Pope Benedict XVI addressing Taize members in 2005 and encouraging them to follow their founder’s vision: http://www.catholicculture.org/news/features/index.cfm?recnum=41354 Send your New Age question to newage@womenofgrace.com