Because of the easy accessibility of information on Satan worshipping on the web, more and more young people are becoming involved in Satanism, which has resulted in an increased demand for the services of exorcists. 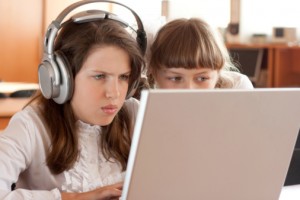 The Telegraph is reporting that exorcism is the subject of a six-day conference being held at the Regina Apostolorum Pontifical University in Rome this week. The conference has brought together more than 60 priests as well as doctors, psychologists, psychiatrists, teachers and youth workers who wish to take a serious look at the increasing phenomenon of Satanism and discuss ways to combat its dangers. "The internet makes it much easier than in the past to find information about Satanism," said Carlo Climati, a member of the university who specializes in the dangers posed to young people by Satanism. "In just a few minutes you can contact Satanist groups and research occultism. The conference is not about how to become an exorcist. It's to share information about exorcism, Satanism and sects. It's to give help to families and priests. There is a particular risk for young people who are in difficulties or who are emotionally fragile," said Mr Climati. Organizers of the conference told the Telegraph the rise of Satanism has been dangerously underestimated in recent years, with one of the speakers at the event, Gabriele Nanni, calling it "a revival." While the number of genuine cases of possession by the Devil remains relatively small, "we must be on guard because occult and Satanist practices are spreading a great deal, in part with the help of the internet and new technologies that make it easier to access these rituals," Fr. Nanni said. The United States has the largest concentration of satanic sects in the world. Among the best known are the Church of Satan, Temple of Set, Order of the Black Ram, Werewolf Order, Worldwide Church of Satanic Liberation, and Church of War. Because these groups tend to splinter and divide into new organizations, there is a long list of defunct groups as well as some that seem to exist only on the internet, such as the Order Templi Satanis whose writings are distributed on the web.  My research on the subject has brought me into contact with experts who say it's mostly teens and young adults who get involved in Satanism, with many of them becoming interested in the occult during their middle-school years where they are deluged with occult-based reading material, games and comic books. They usually become involved in Satanism by accident, however. Law enforcement officials say schools are the most common recruiting areas where Satanists single out youth, usually those who don't seem to fit in or have many close friends. They can also be found standing outside counseling centers for troubled youth, or looking for runaways at train stations and bus depots. Recruiters will befriend them, inviting them to become a member of their "club." Once the recruiter has gained their confidence, they are invited to parties where drugs and alcohol are available. Eventually, the underlying Satanism will be revealed and a light Satanic service will be performed for their benefit to put them at ease.

Once involved, they are initiated into Satanism, which usually requires the committing of a crime such as setting fire to a dumpster or spray painting symbols on a church. From this point, the newcomer will learn satanic prayers, and how to conjure spells, curses and incantations that promise everything from success to the destruction of enemies. Most of these practices are found in Anton LaVey’s Satanic Bible or The Satanic Ritual, both of which are heavily relied upon in the realms of Satan worship. From there, youth progress to animal sacrifice and may go on to make a pact with the devil, which is a total commitment or blood oath that requires the selling of the soul to the devil. These pacts leave the door wide open for demonic possession, with many young people exhibiting extraordinary powers that only encourage them to delve deeper in the dark arts. For instance, one former police officer who spent years dealing with the occult told Fr. Lawrence Gesy, author of Today's Destructive Cults and Movements, that he has seen levitation and other supernatural events that were enough to make the hair on his arms stand up. “In front of twenty-four people, one individual raised himself up from a sofa and hovered in the air. He then slowly moved to the end of the sofa and lowered himself. I have seen people of small frame pick up individuals twice their size and throw them across the room. I assure you, the power is there, it’s real and it exists . . .” The tide of children turning to the occult shows no signs of abetting anytime soon with occult fiction continuing to fill the young adult shelves at local bookstores, and movies such as Twilight breaking box office records among tweens. Once their appetite has been whetted, children will commonly turn to the internet for more information about the occult, which is where many come into contact with Satanists.  That the internet and ongoing occult-fiction fad leads children into the occult is not news. As long ago as 2006, a survey by the Barna Group found that an unprecedented 73 percent of teens admitted to dabbling in witchcraft and the occult. Another 12 percent said Potter piqued their interest in the occult - a percentage which translates into 3 million youngsters.