By Susan Brinkmann, OCDS Staff Journalist In the wake of the Navy's aborted to attempt to authorize their chaplains to perform same-sex marriages, the chairman of the House Armed Services Subcommittee on Seapower has introduced a new amendment that will prohibit the unions from taking  place on military bases. 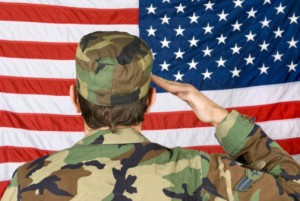 CNSNews.com is reporting that Rep. Todd Akin (R-MO) military chaplains proposed the amendment, known as the Restore Military Readiness Act,  which states that the military is legally bound by the federal Defense of Marriage Act and cannot perform these marriages on their bases. The amendment states: “A military installation or other property under the jurisdiction of the Department of Defense may be used as the site for a marriage ceremony only if the marriage complies with the definition of marriage in section 7 of title 1, United States Code," which is the federal Defense of Marriage Act.  It also states that members of the Armed Forces, including chaplains and civilian employees of the Department of Defense acting in an official capacity “may assist in or perform a marriage ceremony only if the marriage complies with the definition of marriage in section 7 of title 1, United States Code." The amendment was approved and will be attached to the Defense Authorization Bill which is also being considered by the Committee at this time. The move comes in response to the Navy's about-face this week on an instruction issued to all of its chaplains permitting them to perform same-sex marriages when the military officially repeals the long-standing policy banning gays in the military known as "Don't Ask Don't Tell." Lawmakers were outraged at the Navy's blatant disregard for DOMA and sent a letter to Navy Secretary Ray Mabus in which they demanded to know why the military was exempting itself from abiding by federal law. “Offering up federal facilities and federal employees for same-sex marriages violates DOMA, which is still the law of the land and binds our military, including chaplains," said the letter, which was signed by 63 lawmakers. "The Administration and various states may be operating as if DOMA doesn’t exist, but the Navy and Marine Corps are sworn to obey the law, which this new instruction violates.” Joe Kasper, communications director for Rep. Duncan Hunter (R-Calif.), a member of the House Armed Services Committee who signed the letter, told CNS that even though the Navy suspended its new policy, it underscores the need for legislation to ensure that the Defense Department abides by the law as it prepares to usher out the military ban on homosexuality. Even though the reversal was the right thing to do, “it doesn’t mean the issue won’t pop up again," Kasper said. "If anything, the turnabout makes the case for a legislative approach, making the law as clear as possible. And we can’t ignore the problems with the ‘Don’t Ask Don’t Tell’ process so far. The administration needs to take a deep breath and rethink some things. Or, at the very least, take a little more time not to offend our men and women in uniform or trample on the law.” Tom McClusky, senior vice president of government relations at the Family Research Council, told CNSNews.com that he believes the Navy hasn’t really changed its mind on efforts to bring in same-sex marriage, but simply chose to make a "tactical retreat" under pressure. “I wouldn’t be surprised if there was pressure from ‘on high’ – either from the top of the military or from the administration itself -- that decisions like this need to wait until after certification, basically when it might be too late for Congress to do anything about it,” McClusky said. Family Research Council president Tony Perkins commended the Armed Services Committee for swift action. "Opening the military to same-sex weddings would not only violate federal law but also seriously threaten the religious liberty of military chaplains," he pointed out. "If the Navy enforces its referral policy, any chaplain declining to perform a same-sex wedding would be required to find someone who would perform the wedding. This referral order is a direct assault on the freedom of conscience. And if it's enforced, it could be what drives many chaplains out of the military altogether. "Last year, a lame-duck session of Congress voted to overturn the law on homosexuals in the military only 18 days after the Pentagon released a report that raised more questions than it answered. The Restore Military Readiness Act will ensure a more thoughtful and deliberative process that fully includes the input of our military leaders," concluded Perkins. © All Rights Reserved, Living His Life Abundantly®/Women of Grace®  http://www.womenofgrace.com