By Susan Brinkmann, OCDS Staff Journalist Thanks to a strong surge of opposition from conservative and religious groups such as the Catholic Church, a bill legalizing same-sex marriage in New York has suddenly gone from being a shoe-in to being unable to even make it to a vote. 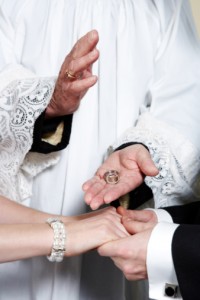 The Associated Press (AP) is reporting that an unexpected shift in momentum has turned around what appeared to be a fast-moving process toward legalization of same-sex marriage ever since the state's newly elected Catholic Governor Andrew Cuomo made passage of the bill one of his pet projects. He also promised to raise $1 million to help support lawmakers who cast what many view as an unpopular vote in favor of the bill. But opponents of the bill have rallied their forces, raising a $1.5 million fund of their own and educating the public in ways that have already seen polls in favor of same-sex marriage beginning to wane among the public. Even though support for giving gays the right to marry is still at 52 percent, that number was four points higher only a month ago. The same poll also showed a six point jump in opposition from 36 to 42 percent. Lawmakers were especially attentive to a part of the poll that found 60 percent of those who oppose same-sex marriage saying they would likely vote against their representative if he or she voted in favor of it. Less than half (49%) of supporters of same-sex marriage said they would be less likely to vote for their legislator if he or she voted against it. This is making some lawmakers very nervous, especially in a Republican-led senate where the bill has no hope of passing without several conservatives agreeing to change their vote from nay to yeah. According to the AP, three Republicans inside the Senate, speaking on condition of anonymity, said there has been no change in votes. A recent blog by popular New York Archbishop Timothy Dolan which waged "an almost secular argument" opposing gay marriage, is considered to be one of the reasons behind the sudden shift in momentum away from legalization. In the blog, Dolan described the legalization of same-sex marriage as “Orwellian social engineering” and warned of a real-life “1984? if the bill passes. He reiterated the Church's position on homosexuality, which “affirms the dignity of those with same-sex attractions, and warns against any form of prejudice, hatred or unjust discrimination against them,” and confronts people who accuse Catholics of being bigots and homophobes because they support traditional marriage.   "We are not anti anybody; we are pro-marriage,” Dolan wrote. “The definition of marriage is a given:  It is a lifelong union of love and fidelity leading, please God, to children, between one man and one woman.” He goes on to say that “history, natural Law, the Bible (if you’re so inclined), the religions of the world, human experience and just plain gumption tell us this is so. The definition of marriage is hardwired into our human reason.” Opposing same-sex marriage is not about bullying, he writes, “nor is it a denial of the ‘right’ of anybody.  As the philosophers remind us, in a civilized, moral society, we have the right to do what we ought, not to do whatever we want. Not every desire is a right. “To tamper with that definition, or to engage in some Orwellian social engineering about the nature and purpose of marriage, is perilous to all of us.  If the definition of marriage is continually being altered, could it not in the future be morphed again to include multiple spouses or even family members.” He concludes: “If big, intrusive government can re-define the most basic, accepted, revealed truth that marriage simply means one man (plus) one woman (plus) hopefully children, in a loving family, then I’m afraid Orwell’s works will no longer be on the fiction shelf.” Governor Cuomo has already said that he will not bring the bill to a vote unless it has some hope of passing, which it does not appear to have at the present time. © All Rights Reserved, Living His Life Abundantly®/Women of Grace®  http://www.womenofgrace.com