By Susan Brinkmann, OCDS Staff Journalist A new poll has identified five countries as being the most dangerous for women, where females routinely suffer every kind of violence from gang rape and honor killings to domestic abuse and acid attacks, as well as blatant discrimination. 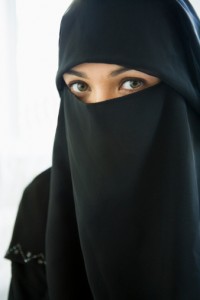 According to TrustLaw, a Thomson Reuters Foundation poll has identified the five most dangerous countries on earth to be female as Afghanistan, the Democratic Republic of Congo, Pakistan, India and Somalia. In Afghanistan, women ranked the worst when polled in three key risk areas: health, non-sexual violence and economic discrimination. In this country where 87 percent of the women are illiterate, 70 to 80 percent are forced into marriage and their healthcare is so poor that one in 11 dies in childbirth. According to Elisabeth Roesch of the Washington-based International Rescue Committee (IRC), this is how Afghan women describe their daily lives in this male-dominated culture: "We can't go to school. We can't make enough money to support our families. We can't access the local health clinic, either because our husband won’t allow us or it's inaccessible." The war-torn Democratic Republic of Congo, where 5.4 million people died as a result of the 1998-2003 war, is ranked second to Afghanistan because of the staggering levels of sexual violence perpetrated against women. In this country, an estimated 1,150 women are raped every day, which amounts to 48 women per hour and nearly a half million per year. In many cases, rape is used as a weapon of war by both the Congolese military and rebel soldiers. In third-ranked Pakistan, 90 percent of the female population faces domestic violence. The women polled cited cultural, tribal and religious practices that are harmful to women, including acid attacks, child and forced marriage, and punishment or retribution by stoning or other physical abuse. More than 1,000 women and girls are victims of "honor killings" every year. "Pakistani women are left with little, if any, protection from violence and discrimination," said Noreen Haider, chairperson of the Madadgar Trust for Research and Development in Pakistan. "In addition to Pakistani laws being discriminatory, the judicial system condones and exacerbates the problem by failing to view violence against women as a serious violation of women’s human rights." In India, female feticide, child marriage and high levels of trafficking and domestic servitude make this country the fourth most dangerous place on earth to be female. An estimated 50 million girls are "missing" over the past century due to high rates of female infanticide and feticide. Those who are lucky enough to be born often risk being forced into a rampant trafficking network that claims over 100  million people a year, mostly women and girls. Child marriages are also common in this country where 44.5 percent of Indian girls are married before the age of 18. "India largely tolerates abortion of female foetuses and other types of violence and neglect exerted against girls because of dowries and discrimination against women," said Antonella Notari, director of WomenChangeMakers, a group supporting women social entrepreneurs. Fifth-ranked Somalia is not only one of the poorest countries on earth, it is also one of the most violent and lawless. It's most horrendous abuses of women involve rape and female genital mutilation (FGM) along with child marriages and high maternal mortality rates. In this country, 95 percent of women between the ages of four and 11 face FGM, which involves the total or partial removal of female genitalia. The practice is done for a variety of cultural and religious reasons, such as to prevent girls from engaging in illicit sexual acts or to better prepare them for marriage. The procedure causes numerous health problems such as urinary and bladder problems, infertility, and childbirth complications, and is considerered by the international community to be a human rights violation. In spite of these dismal findings, TrustLaw reports some progress that has been made.  For instance, laws against domestic violence have been passed in India, Pakistan, Bhutan and Nepal. In addition, Pakistan now has laws protecting working women from sexual harassment, abduction and intimidation and countries such as Namibia, Sierra Leone and Nicaragua have set up special police units to handle cases of rape and domestic abuse. But most experts agree, there is a still a very long way to go to free women from lives that have either been scarred by unspeakable violence or rendered hopeless by  rampant discrimination. © All Rights Reserved, Living His Life Abundantly®/Women of Grace®  http://www.womenofgrace.com