By Susan Brinkmann, OCDS Staff Journalist Bishop Nicholas D'Marzio of the Diocese of Brooklyn is promising to assist parents who wish to assert their parental rights against a new mandate by the City of New York that all students must have two semesters of sex education. 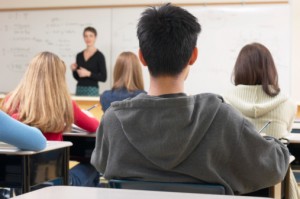 "The recent sex education mandate by New York City is one more example of political agendas being forced on children and their families," Bishop D'Marzio said in an August 10 statement. "Yet again, our political leaders follow the trend of transferring authority to teachers from parents, and parents continue to lose the right to parent their own children. We will work with everyone, but especially with the parents of our public school children enrolled in our religious education programs, to assist them in asserting their parental rights." According to the Catholic News Agency (CNA), in the past, public school principals had the option about whether or not to teach about sex and what to teach about it. But on Tuesday of this week, that all changed when the city announced a new mandate that must be taught in all schools that do not already have a program in place. The recommended curriculum teaches that abstinence is the best method to avoid pregnancy and sexually transmitted diseases, but it also teaches condom use and discusses the appropriate age for a person to engage in sexual activity. However, nothing more is known about the program because the Mayor's office has refused to release either the curriculum or the assigned textbooks to the media. "The decision of the City of New York to mandate sex education classes, including teaching grade school children about sex and condom use, is troubling," said Joseph Zwilling, the Archdiocese of New York's communications director. "Rates of teen sexual activity and pregnancies continue to soar, despite condoms being freely given away, including in our public schools," Zwilling continued. Bill Donohue of the Catholic League agreed, pointing out that under Mayor Michael Bloomberg "literally tens of millions of condoms have been promiscuously distributed all over the city to anyone who wants them. And yet the rate of sexually transmitted diseases continues to skyrocket." Insted of "safe sex" programs that don't work, Zwilling says schools should teach abstinence. "Abstinence before marriage is the only sure way to avoid pregnancy and disease, and recent scholarship has shown that abstinence education leads to healthier, better adjusted teens and young adults," he said. "The City would be better advised to put its efforts into promoting what truly works rather than continuing to promote a failed experiment." He also said that parents have "the right and the responsibility to be the first and primary educators of their children. . . . This mandate by the city usurps that role, and allows the public school system to substitute its beliefs and values for those of the parents." The bishop's office did not elaborate on how they plan to assist Catholic parents across the city to “assert their parent rights on this issue," except to say that some public schools that rent space from the church will have to find new locations in which to teach the required courses. © All Rights Reserved, Living His Life Abundantly®/Women of Grace®  http://www.womenofgrace.com