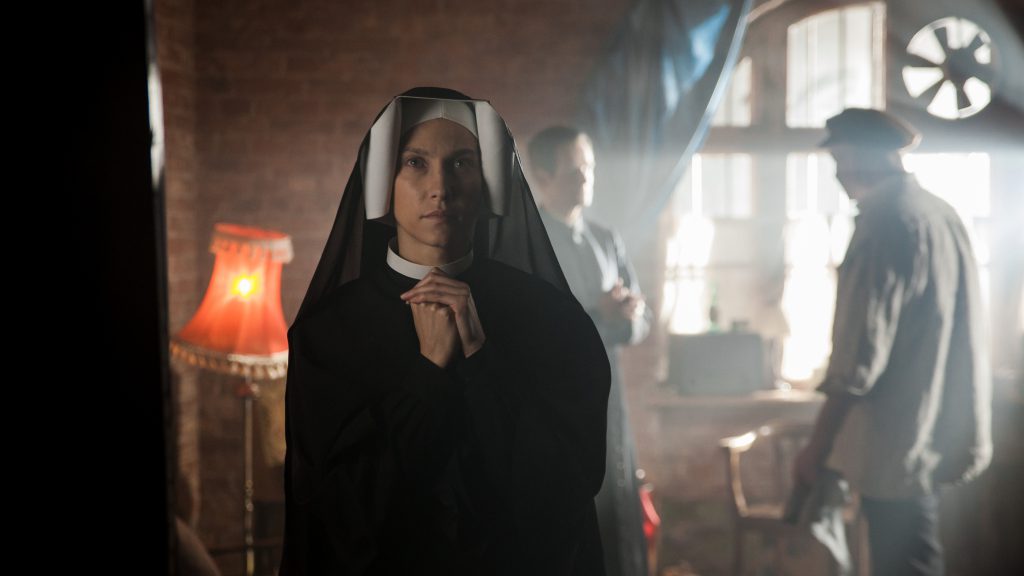 A new docudrama, entitled Love and Mercy: Faustina, about the life of St. Faustina Kowalska which is based on newly revealed writings from her spiritual director, Father Michael Sopocko, will appear for one day only in more than 700 U.S. movie theaters on Monday, October 28.

By Susan Brinkmann, OCDS Staff Writer  A survivor of the ill-fated US Air Flight 1549 that crash landed on the Hudson River a few weeks ago said it was a book on the Eucharist and reflections on the promises Jesus made to St. Maria Faustina that brought him strength as he watched the plane go down. Fred Berretta was on his way home to Charlotte on Jan. 15 after a one-day business trip to New York. The meetings wrapped up early which gave him time to attend the 12 noon Mass at St. Patrick’s Cathedral. It was unusual for him to have extra time, but he did, and he used it to stop in a gift shop after Mass where he picked up a copy of the best-selling book, 7 Secrets of the Eucharist (Ignatius Press) by Vinny Flynn. “As I waited to board flight 1549 bound for Charlotte, where I live, I began reading your book,” Berretta wrote in a letter to the book’s author. “ I continued reading while we taxied until just after take off.” He read nearly half the book when he decided to stop reading, close his eyes, and reflect on what he had been reading. Meanwhile, the plane was climbing into the sky. “Just a minute or so into the flight I heard the impact of the bird strikes and then the explosion in the left engine. I could see it on fire and the cabin began to smell like jet fuel. As a private pilot, once I realized the second engine was also not functioning, things became quite tense.” The plane was not that high so the descent was quick, Beretta said in an appearance on CNN shortly after the crash. After the captain told everyone to brace for impact, “people starting praying,” he said. “There was a lot of silence and the realization that we were going in (to the water) was really hard to take in at that moment.” Miraculously, just the day before he had been cleaning out his briefcase and came across a copy of the booklet on the Divine Mercy chaplet. “While I had known about and prayed the Divine Mercy chaplet years before, I had not really focused on it in quite a long time,” he wrote. “Ironically, I had prayed the chaplet the day before (the crash) at 3 pm.  . . . and read some of the words of Jesus to Faustina.” Realizing that the plane was going to crash during the great hour of mercy - at around 3:30 p.m. - he suddenly recalled what Jesus told Faustina about those people who pray to Him at this time of day. “In this hour,” Jesus said, “I will refuse nothing to the soul that makes a request of Me in virtue of My Passion.” "Before we hit the water, I thought about the words Jesus said, that nothing would be refused if asked for during the hour of mercy,” Berretta wrote. “I really thought there was a good chance that myself and others would die that day, but I asked God to be merciful to us, I prayed the Lord' prayer and a Hail Mary. I then prayed to St. Michael, and we impacted the water. “The odds were not with us that day, but God clearly was. I believe it is the only jet airliner to successfully ditch in the water without fatalities in the history of aviation.” A lot of people turned to God on the plane that day, he said, “and I believe the 'Miracle on the Hudson' was a testament to the mercy of God, and a sign of hope.” © All Rights Reserved, Living His Life Abundantly/Women of Grace. http://www.womenofgrace.com

By Susan Brinkmann, OCDS Staff Writer   Fr. Michael Sopocko, the spiritual director of the woman who brought the message of Divine Mercy to the world, St. Faustina Kowalska, was beatified on Sept. 28 at a ceremony in Bialystok, Poland by Archbishop Angelo Amato, the Prefect of the Vatican Congregation for the Causes of Saints.