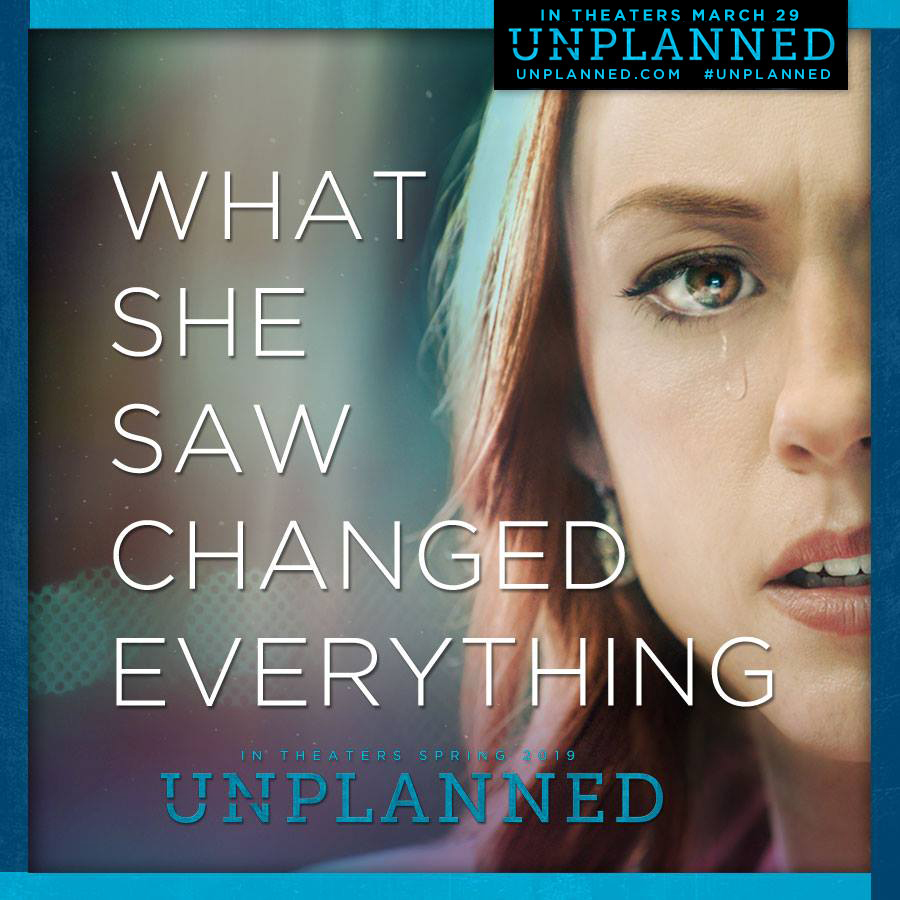 The life story of abortion clinic worker, Abby Johnson, has been turned into one of the most powerful pro-life movies of our time. Debuting in theaters on March 29, it promises shine a bright light into Planned Parenthood’s darkest secrets.

Based on the book by the same name, Unplanned traces the transformation of Abby Johnson who joined Planned Parenthood because she sincerely wanted to help women. After being involved in upwards of 22,000 abortions and counseling countless women in their reproductive choices, she watched an ultra-sound abortion one day and saw something she’ll never forget - a helpless unborn baby desperately trying to escape the instruments that would end its life.

She was never the same again.

Not only did Johnson get out of the business, she is now the founder of And Then There Were None, a ministry that has led more than 500 abortion clinic workers out of the industry and into new lives. 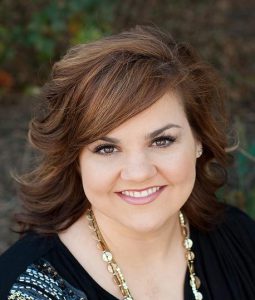 Directed by Cary Solomon and Chuck Konzelman of God’s Not Dead (2014) and Do You Believe (2015), Unplanned traces the profound journey that took Abby from the violence of the abortion clinic into the merciful arms of Jesus Christ. It tells her story in a way that explores every aspect of her experience, from the violence inside the clinic to the glorious triumph of her own personal redemption.

Johnson participated in an on-line webinar on March 14 where she talked about what it was like to watch the darkest days of her life play out on the big screen.

“It was a very vulnerable feeling,” she told interviewer, Alexis Walkenstein, host of Mary's Touch Radio Program. “I remember the first time I saw the film. One of the producers came to my home to show it to me and my husband, Doug. When it was done, I was telling the producer it was beautiful, so well-done, how it captured me very well and going on and on. But as soon as he walked out the door, I looked at Doug and started panicking. ‘Wait! Is it too late? Can I back out?’ It just felt so raw and I just felt very exposed.”

Particularly painful was the scene which depicted her undergoing a chemical abortion with the infamous RU-486 “abortion pill.”

“It’s just very intense to watch that part of your life and knowing that tens of thousands, hundreds of thousands, millions of people could see this. That was a very interesting feeling! I just had to quickly steady myself and remind myself that I did not sign on to do this film to make Abby Johnson a household name. I signed on to do this film to truly amplify God and make him a household name and show his redemptive power.”

She added: “None of this is about me. It’s really His story.”

Archbishop Joseph Naumann of Kansas City, KS, the Chairman of the Secretariat for Pro-Life Activities for the US Bishops Conference, who was also interviewed, agreed.

“Abby is kind of a St. Paul tor the pro-life movement today,” the bishop said. 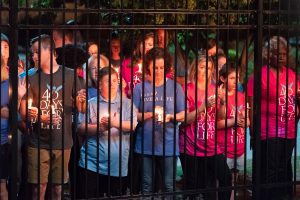 “The film tells such a powerful story of conversion but also shows how pro- life advocates that prayerfully and respectfully interact with those who are having abortion can have an impact,” he added.

The film, which stars Ashley Bratcher as Abby and Brooks Ryan playing her husband, Doug, recently received an “R” rating from the Motion Picture Association of America which means children under the age of 17 are prohibited from seeing the film.

“I never thought I’d ever be promoting an R-rated film!” the Bishop joked.

He is not put off by the rating, however, and believes it indicates the movie industry’s recognition of the violence of abortion. “We think it’s a good thing that it’s been classified as an ‘R’ – we’ve been so desensitized.”

However, he couldn’t help but recognize the great irony in the rating. “A 15-year-old can’t go to see this movie without a parent, but they can have an abortion without their parent’s knowledge.”

Vicki Thorne, Executive Director of the National Office of Post-Abortion Reconciliation & Healing and foundress of Project Rachel, was also interviewed and praised the film for drawing attention to the reality of abortion.

“The importance of this film is to raise issues in terms of the complexity of the abortion decision, its impact on family systems, on the people involved,” Thorne said.

The married mother of six and grandmother of 14 who has been in the field since an encounter with a post-abortive woman in high school, is hoping that it will inspire people to reach out to the millions of “walking wounded” women who are suffering the aftermath of abortion.

“All of us need to be conscious of the fact that we probably know someone who has had an abortion. One in three, one in four, women have had an abortion. This is an absolute epidemic around the world.” 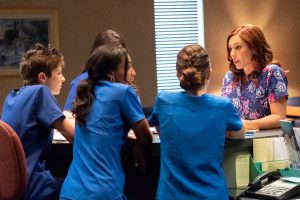 And never mind those who say women are untouched by their abortion.

All women carry cells from the babies they conceived in their bodies,” she explained. Known as micro-chimerism, it describes the presence of two genetically distinct cell populations in the same individual.

“There’s an ongoing connection in spite of the lies being told to us,” Thorne said.

As for the timing of the film, which will debut at a time when the whole country is embroiled in a debate about late-term abortion, this is yet another part of the film that Abby says was “unplanned.”

“The timing of this film is not from me,” she said. “We were ready to go with this film five years ago, but the Lord said wait and the directors waited and look at where we.”

Pro-life groups and Christian communities across the country are rallying around the movie with such passion it is already booked to be shown on 1,000 screens.

Archbishop Naumann has bought out several theaters in the Kansas City area as well as Topeka and the university towns of Lawrence and Emporia where he’s hoping it will have a big showing on opening weekend.

“Organize a group,” he suggested. “Word of mouth is also very powerful. Talk it up in your groups. This is a story you have to see.”

He also pointed out the benefits of buying out a theater because this will enable organizers to distribute information for people to take home and use to minister to loved ones who have had an abortion.

Abby is taking it one step further.

“One of the things we decided to do was to purchase tickets and send them in to the abortion facilities where the film is going to be playing nearby. So we are paying for two tickets with a letter from me that will go in to these facilities, telling them, ‘you may not want to spend your own money to see this film – so I’m spending my money. Email me after the movie tell me how much you hated it. Give me your best criticism,” she laughed.

“I believe when pro-choicers see this film they will find truth. They might not like it. They might want to run from it. It might be hard for them to come to grips with it because often when our conscience is pricked we might be initially defensive but that’s okay. It tells us that something is happening inside their spirits.”

She believes that the time is right for a film of this kind.

“Our society is currently ready to seek truth on this issue and unplanned is going to expose them to that truth about what's happening inside the abortion industry. But it will also show them the amazing radical mercy of Jesus Christ that is available to everyone no matter if you’ve been touched by abortion or even if abortion isn’t in your past - that Christ is so ready to redeem us and to carry that burden for us."

Anyone who is interested in brokering a theater can contact the Unplanned team at info@unplannedfilm.com for assistance.

They are encouraging the pro-life community to share the 30-minute trailer, arrange “Life Nights,” and do whatever they can to make this movie a box-office hit on it’s opening weekend – which is the best way to insure that this very important film remains in circulation for as long as possible.