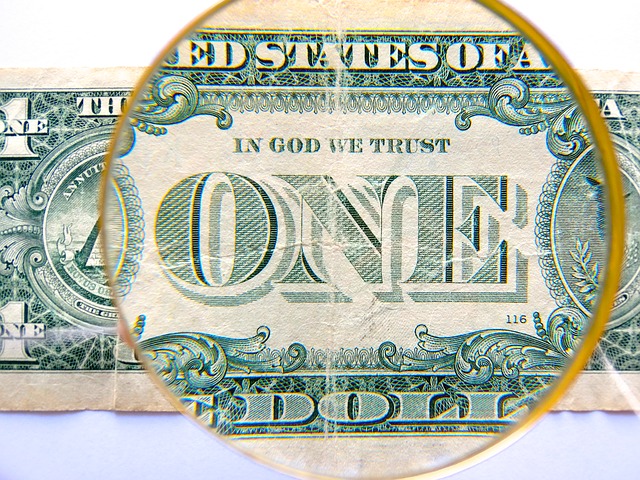 As the Supreme Court comes to the end of this, the justices handed down two rulings that deliver victories to Christians against atheist activists who were trying to strip the words “In God We Trust” from US currency and have a World War I memorial in the shape of a cross removed from public property.

CBS Baltimore is reporting on the decision by the U.S. Supreme Court involving what has come to be known as “the Bladensburg cross,” a 40-foot-tall cross standing on public land in Maryland. Three area residents along with the District of Columbia-based American Humanist Association, argued that the cross should either be moved to private property or changed into a nonreligious monument such as an obelisk.

The justices did not agree that this was necessary. In a 7-2 decision, they ruled that the memorial does not violate the First Amendment’s establishment clause which prohibits the government from endorsing a religion.

“The cross is undoubtedly a Christian symbol, but that fact should not blind us to everything else that the Bladensburg Cross has come to represent,” Justice Samuel Alito wrote.

“For some, that monument is a symbolic resting place for ancestors who never returned home. For others, it is a place for the community to gather and honor all veterans and their sacrifices to our Nation. For others still, it is a historical landmark. For many of these people, destroying or defacing the Cross that has stood undisturbed for nearly a century would not be neutral and would not further the ideals of respect and tolerance embodied in the First Amendment. For all these reasons, the Cross does not offend the Constitution,” he wrote.

Two liberal justices, Stephen Breyer and Elena Kagan, both of whom are Jewish, joined with Chief Justice Roberts and Justices Thomas, Alito, Gorsuch and Kavanaugh who ruled in favor of the cross. Only Justices Sotomayor and Ginsburg dissented, with the latter writing that “the principal symbol of Christianity around the world should not loom over public thoroughfares, suggesting official recognition of that religion’s paramountcy.” 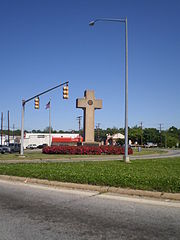 “This is a great victory after we fought tirelessly to keep the Peace Cross standing in recognition of the valor, endurance, courage, and devotion of our World War I veterans. Today’s ruling ensures that this memorial—a dignified tribute to those who came before us and made the ultimate sacrifice—will stand tall and proud for the ages.

“I was honored to help lead this fight on behalf of our veterans, and I am proud that Marylanders and Americans will be able to visit the Peace Cross in Bladensburg for years to come.”

In another case, the Supreme Court ruled against atheist activist Michael Newdow who claimed that allowing the phrase “In God We Trust” to appear on US currency amounts to government endorsement of religion.

“ . . . [B]y mandating the inscription of facially religious text (i.e., “In God We Trust”) on every coin and currency bill, Defendants have turned Petitioners – among whom are nine children – into “political outsiders” on the basis of their most fundamental religious tenet . . .” Newdow’s petition reads.

A lower court dismissed the suit, as did the Court of Appeals for the Sixth Circuit which ruled that the presence of the motto on our currency doesn’t force anyone to believe anything and, therefore, does not violate the Constitution.

In spite of his losses in lower courts, Newdow insisted on filing a petition with the U.S. Supreme Court where the case was once again rejected. The nation’s highest court rejected the case, without comment, thus allowing the lower court rulings to stand.

“This is a victory for the values of most Americans and our religious history as a nation,” writes the American Center for Law and Justice (ACLJ) which filed an amicus brief in the case.

“’In God We Trust’ first appeared on an American coin in 1864, and has been on all paper bills and coins since the ‘50s. It does not require the user to prescribe to any religious belief whatsoever. It simply acknowledges a monumental part of our country’s history that we dare not ever forget, or stop fighting to protect.”