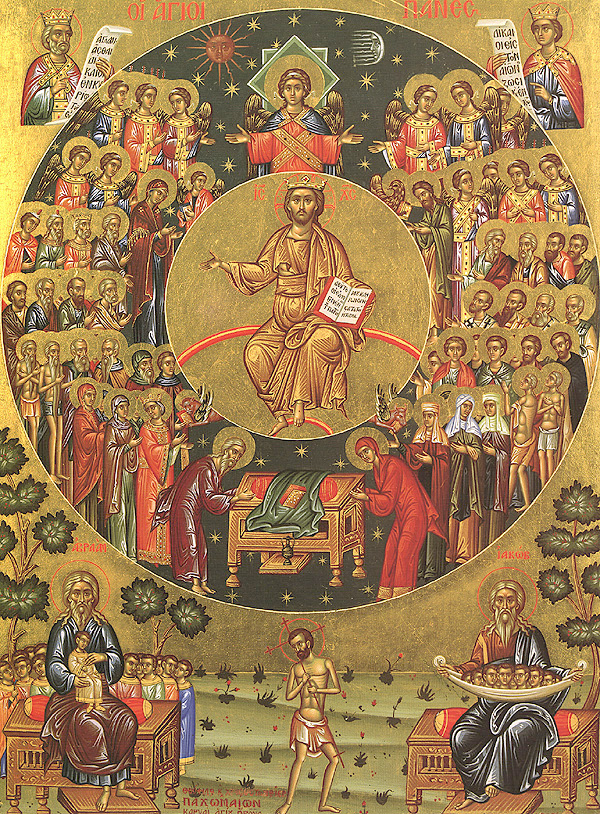 Orthodox icon of All Saints (wikicommons)

Remember the days when Halloween meant flocks of children dressed as cowboys and princesses who actually did tricks on your doorstep in exchange for a treat? How did we get from that innocent celebration to the parade of ghouls, witches, and zombies that arrive on our porches today, impatiently grabbing candy out of the bowl as they rush off to the next stop?

Halloween has definitely suffered a downgrade over the years. In my day, a girl's choice of costume was all about looking beautiful, which is why our preferences were usually princesses, angels, saints, or ballerinas. The boys were cowboys, hobos, or Zoro. Our aim was to make our neighbors guess who we were. And at some point during the evening, we’d all go to the parish rectory to get our holy cards and treat from the pastor.

Not anymore! That scenario sounds more like something you'd see in a Turner Classic Movie compared to today's version. This holiday, which is supposed to launch a month-long celebration of the Communion of Saints, has been secularized to the point of non-recognition. In fact, many of us can barely remember what it was meant to be or, worse, have started to buy into the popular theories about it having originated in paganism.

Because it's so important for us to do so, let's set the record straight and call upon the un-revised history which reveals that the feast of All Saints and the feast of All Souls evolved in the life of the Church independently of paganism.

The Feast of All Saints began as the Feast of All Martyrs in the 4th century and was established as an official feast by Pope Boniface IV in 615. Celebrated on May 13, this declaration was made to commemorate not just the martyrs, but also the dedication of the ancient Roman temple known as the Pantheon into a Church dedicated to the Blessed Virgin Mary. About a century later, in 741, the feast was expanded to include not only martyrs, but all the saints in heaven. By the year 840, the day was officially known as the Feast of All Saints.

In 844, Pope Gregory IV transferred the feast to November 1 which situated it in the harvest season. 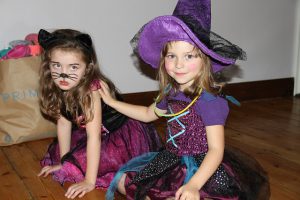 Pope Sixtus IV would confirm this 640 years later, in 1484, when he established November 1 as an official holy day of obligation. Not only did he give it an eight-day octave to celebrate the feast, he also decided to give it a vigil – known as All Hallow’s Eve or, as it became popularly known in archaic English, Hallowe’en.

These are the origins of today’s Halloween.

Where the paganism enters the picture dates back to 844 when Pope Gregory moved the feast to November 1. Some speculate that he did so in order to substitute for the ungodly pagan feasts that typically occurred at the harvest time of year – a substitution that was gladly embraced by many due to some of the heartless practices associated with those feasts.

For example, November 1st is the same day that pagans mark the celebration of Samhain, which was the beginning of the Celtic winter. The rituals take their name from the Celtic lord of death, Samhain, which means “summer’s end.” Because winter is the season of cold, darkness and death, the Celts soon made the connection with human death.

According to their believes, on the eve of Samhain, Oct. 31, the lord of death allowed souls of the dead to return to their earthly homes for an evening. Ghosts, witches, goblins, and elves came to harm people, particularly those who had inflicted harm on them during life.

In order to protect themselves, people would extinguish their hearth fires and the Druids (priests and spiritual teachers) would build huge bonfires of sacred oak branches upon which they would offer burnt sacrifices of crops, animals, and even humans. They would then tell fortunes for the coming year based on an examination of the burnt remains. People would sometimes wear costumes of animal heads and skins to these events.

To this day, in many parts of the world, including the United States, Halloween is a day of doom for scores of innocent animals who are cruelly sacrificed on makeshift altars hidden deep inside woods or abandoned properties.

As difficult as it is to believe, these are the pagan roots that people are trying to pin on our Halloween. Every time we see children dressed as zombies, vampires, Freddie Kruger or some other chainsaw-wielding madman, we’re seeing a shadow of Samhain’s cruelty creeping into our feast. Paganism does not belong in Halloween! This is a time to celebrate the best of Christianity, not the worst of humanity.

Last year, Bishop David Austin Konderla of the Diocese of Tulsa, Oklahoma, issued some timely advice on the subject of Halloween and what is the proper way to celebrate the holy days that surround it. 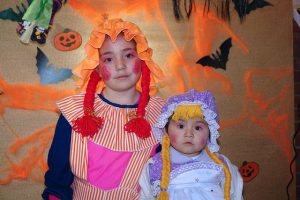 “As the annual celebration of Halloween approaches, we are reminded of the importance of maintaining the Catholic meaning and purpose of all holy days, especially those which have been adopted and adapted by the culture around us,” Bishop Konderla writes. “Over time, popular culture has made it difficult to discern the authentic spirit of this great feast, an important time when we, God’s pilgrim church on earth, rejoice in the lives of all God’s saints whom we wish to follow into eternal life.”

Even the custom of dressing up for Halloween is supposed to be devotional in spirit. “By dressing up as the saints whom we most admire, we imagine ourselves following their example of Christian discipleship,” he writes.

Some of the more frightening aspects of the feast, such as skulls and scythes have historically recalled our mortality, reminding us to be holy because we are destined for judgment.

“Visible symbols of death thus represent a reminder of the last things—death, judgment, Heaven, and hell (CCC 1020-65). While the ‘Gothic’ aspect of Halloween reminds us of Christian teaching about the resurrection of the dead, our culture often represents this in a distorted manner, for when the dead are raised they will in truth be ‘clothed with incorruptibility’” (1 Cor 15:50-54).

In addition, he advises the faithful to “intentionally avoid those things that are contrary to our Catholic faith but have become popularized through the secular adaptation of Halloween. Turning to the Catechism of the Catholic Church, we want to refrain from glamorizing or celebrating anything involving superstition, witches, witchcraft, sorcery, divinations, magic, and the occult (cf. CCC 2210-2117).”

Many Catholic parents are opting to take this holiday back by hosting their own events where children can enjoy treats and games and dressing up in appropriate costumes, without losing sight of the true meaning of the day – the beauty of sanctity.

Let's do what we can to take back this holiday, by praying, educating those who believe it's pagan, and saying "no!" to the introduction of doom and darkness into a feast that was created to bring light and love into a world that sorely needs it.