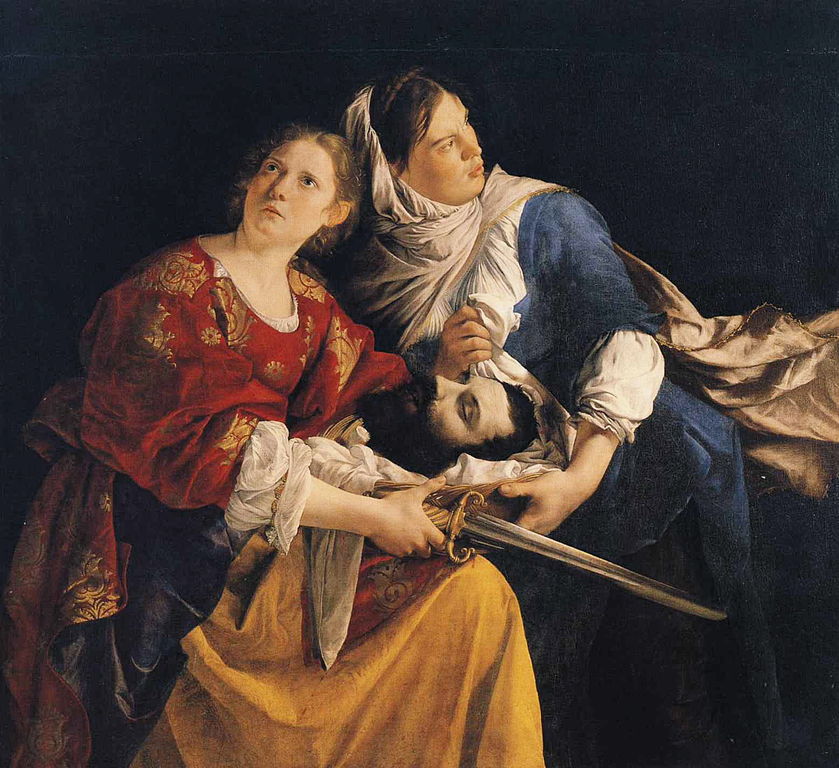 It’s not easy to keep the faith when it’s being challenged on every front these days. From COVID restrictions to political sea-changes, outright censorship and the tyrannical “cancel” culture, it’s no wonder so many of us are crying out, “Where are you God?”

This morning I flipped open the bible to the story of the valiant Judith, a beautiful and wealthy Israeli widow living in the town of Bethulia. A powerful Assyrian commander named Holofernes, intent on invading and pillaging the town, had already cut off the water supply and the people were slowly dying of thirst. Because the Israelis were no match for Holofernes’ army and the people were desperate, they pressured the elders to cave in and surrender so that they might at least live rather than be left to die in the streets.

“Have courage, my brothers,” a ruler named Uzziah said to them. “Let us hold out for five more days; by that time the Lord our God will restore to us his mercy, for he will not forsake us utterly. But if these days pass by, and no help comes for us, I will do what you say.”

Not to Judith. She was furious that they dared to impose their own time limit of five days upon the Lord. “Who are you, that have put God to the test this day, and are setting yourselves up in place of God among the sons of men?” she demanded. “You are putting the Lord Almighty to the test – but you will never know anything! You cannot plumb the depths of the human heart, nor find out what a man is thinking; how do you expect to search out God who made all these things, and find out his mind or comprehend his thought?”

While it’s never wrong to pray for God’s intervention into history, and we’re supposed to ask God for what we want, the elders had inadvertently crossed a fine line between asking for God’s help and telling God how and when to do it. I couldn’t help but wonder if I had been tempting Him as well in my prayers leading up to the last election, and then in the tumultuous days that followed. Was I imposing my own view of how and when things should be handled upon the Lord.

“No, my brethren,” Judith said to the elders, and to my own heart, “do not provoke the Lord our God to anger. For if he does not choose to help us with these five days, he has the power to protect us within any time he pleases, or even to destroy us in the presence of our enemies.”

She wisely advised that instead of trying to bind the purposes of God, they should wait for his deliverance. “Let us call upon him to help us, and he will hear our voice if it pleases him.”

We all know what happened. It did please the Lord to hear their prayers, but He had His own plan, which was to send a “mere woman” into Holofernes camp to seduce him with her beauty, get him drunk, then assassinate him when he was passed out on the bed, thus causing the whole army to scatter.

As the commentary for this section reminds, “Prayer must always be inspired by faith and trust. God allows sufferings and disappointments for the sake of purification and an inducement for growing in perfection.”

It occurred to me that the way things turned out might be exactly what God planned. After all, who among us knows the mind of God? Who sees what He sees? Isn’t it true that He is as interested in the salvation of those who oppose us as He is in our own? Maybe this is what is best for all of us. And just like He tested the faith of the Israelites before He delivered them from Holofernes, maybe He’s doing the same thing to us right now – testing us until the time of our deliverance.

I closed the Bible, bent my heard and prayed as I should have been praying all along, “Lord, this is how I would like you to help me right now, but not my will, let yours be done.”