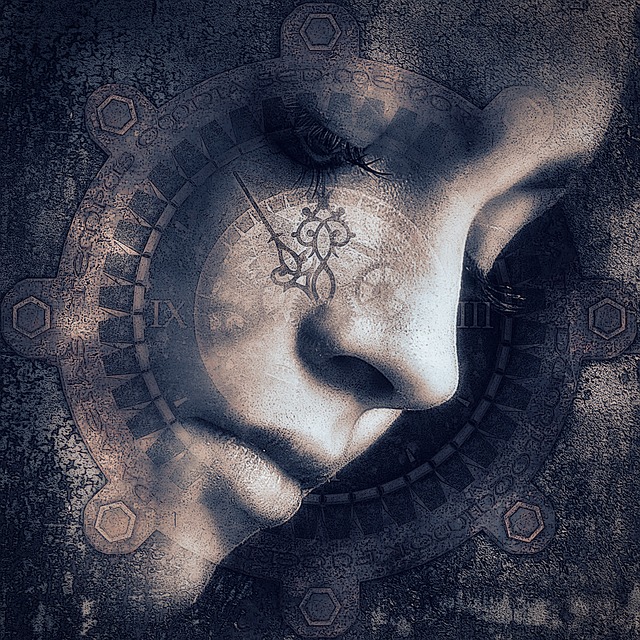 Although Eastern meditation practices are being sold wholesale to the public as a panacea for everything from stress to digestive issues, experts say there can be very real – and very serious - consequences to these mind-control techniques.

If you have the time and if you believe you may have suffered some injury from popular forms of eastern meditation such as mindfulness, transcendental meditation, vipassana, etc. this article appearing in Tonic will give you the comfort of knowing that you’re not alone and without help.

Written by Shayla Love, the article follows the work of Willoughby Britton, director of the clinical and affective neuroscience laboratory at Brown University, who runs a support group known as Cheetah House for people who suffered psychological or physical crises because of their meditation practice.

As mindfulness meditation continues to infest the culture through popular apps like Headspace and Calm, as well as through mental health practitioners and even schools, Willoughby says she’s getting more and more emails by the week.

“I’m seeing a lot of casualties,” she told Love.

One example was a young man who had begun meditating after reading The Mind Illuminated by John Yates and Mastering the Core Teachings of Buddha by Daniel Ingram. He began meditating twice for 60 minutes twice a day. He told Love that his troubles began early on when he started to become withdrawn and to lose interest in life.

“I stopped playing guitar, I stopped listening to music, and cooking for my family started to feel more like a chore," he explained.

Thinking it might have something to do with his meditation, he decided to quit with the hopes he'd start feeling more like himself. Unfortunately, he didn’t. As Love describes, he only got worse, suffering from insomnia and generalized anxiety.

“I would have nausea, stomach and chest pain, and a feeling of existential dread,” he says. “My emotional world essentially shut down. I just felt shattered. I had a job, a wife, and two beautiful children, and yet I felt that I would never experience joy again.”

Another person, a 31-year-old man named Patrick, read Jon Kabat-Zinn’s book Wherever You Go, There You Are along with the accompanying CDs that led him through breathing and body scan meditation.

It seemed to be working. He said that he felt less stressed about everything. “It's like I figured out how to get around living and having problems,” he said. “So it was really positive at first.”

But then he started to notice a lack of empathy in himself when his girlfriend spoke about problems at work. From there, he digressed to feeling highly emotional, to crying a lot and suffering from intrusive thoughts. He began to believe he might have suffered from a trauma that he had repressed and was now making him miserable.

Another young man, Nick, 25, got into meditation via the book, Waking Up: A Guide to Spirituality Without Religion, and the Calm app. He went on a 10-day-retreat and was meditating sometimes three to four hours a day. It was after his second retreat that things started to go horribly wrong. He began to obsess about a traumatic accident he had been in at the age of 13. Even after he got home, he couldn’t sleep.

“My mind became super fixated on parts of my body, and it was a really intense sensation,” he told Love. “I was starting to have all these somatic OCD problems, like every time I swallowed, my ear would click, and then I was trapped in this compulsion of swallowing and hearing it, interpreting that as a problem, and that was really distressing and distracting.”

After about a month of enduring this hell, he began to feel suicidal. Thankfully, he found out about Britton and she urged him to get help right away. He went to the ER and was admitted for a week.

“This was a thing that had been helping me so much the past few years and I was really passionate about,” he says. “I felt like it brought me a lot of purpose in my life, and now it was causing me so much harm. This year is the most suicidal I ever felt in my life, so it was really hard dealing with that.”

Ultimately, the young man lost his job and remains in intensive outpatient therapy.

According to Britton, her group connects online with people of all ages and backgrounds and across nine time zones who have discovered the dark side of meditation. Most don’t know where to turn because their problems are just not getting the attention they need from researchers. More than 75 percent of research studies are not measuring adverse effects, Britton said.

As a result, last year, Britton published the largest ever study on meditation-related problems. She interviewed 100 meditation teachers and other meditators who had personal knowledge of these adverse effects.

The common symptoms include hyper-arousal such as increases in anxiety, fear, panic, insomnia, trauma flashbacks, and emotional instability. There is also sensory hypersensitivity to light and sound.

Others say they experienced a loss of emotion beyond what they wanted as well as a loss of motivation or enjoyment of things.

Some mindfulness experts liken these experiences to what Catholics call the Dark Night, but this can only be due to a lack of understanding of what St. John of the Cross meant when he coined this phrase. There are two dark nights in the life of a faithful Christian, a sensory night and a spiritual night, both aimed at purifying the person of attachments to sin and vice, thereby enabling them to “die to self” in order to live for Christ.

There's no comparison between the Christian dark night experience and the dark side of eastern meditation. As I explain in my book, A Catholic Guide to Mindfulness, the aim of Buddhist meditation is to extinguish belief in the self and cease to exist. On the other hand, the Christian meditates to die to self - not in order to cease to exist - but to enable them to cast off the “old self” and put on the new. Big difference!

In an age when we are being inundated with eastern meditation techniques, it is good to know what can go wrong and where to go for help.